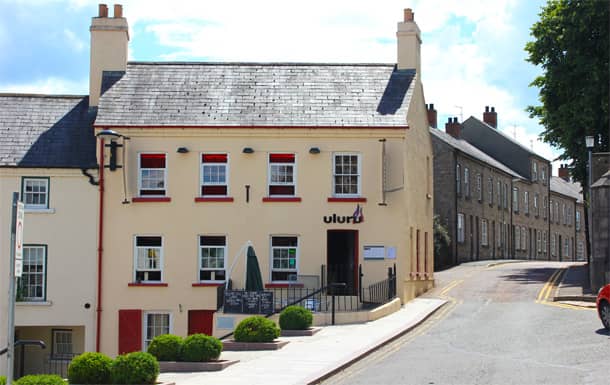 Armagh’s award-winning Uluru Bistro can proudly add another string to its bow, as it has just been selected for inclusion in the exclusive Waitrose Good Food Guide 2015.

Owned by Dean and Sara Coppard, the city centre restaurant prides itself on its finest fayre and is hugely popular with both locals and visitors alike.

Specialising in Australian cuisine, Uluru, based at 16 Market Street in Armagh, has been congratulated by the Waitrose Good Food Guide for the “commendable achievement” in being included.

Selections for the prestigious guide are based on reader recommendations and anonymous inspections by experts. It is not possible to apply to be in the guide or to pay for the privilege, meaning Uluru really does stand out among the elite!

The Good Food Guide is the UK’s bestselling restaurant guide.

First published in 1951, it has, since that time, been reviewing and writing about restaurants, pubs and cafés, bringing together only the best places to eat out.

Well done to Dean, Sara and the entire Uluru family on this magnificent achievement!

The Waitrose Good Food Guide 2015 is due to be published early next month.

Very happy with the post this morning & so proud of my team, hard work does pay off @GoodFoodGuideUK thank you guys pic.twitter.com/x0lsxSAbvT