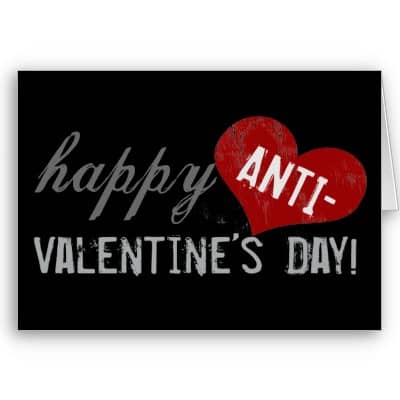 IT splits opinion more than any other day of the year but Valentine’s Day is almost upon us and nobody wants to spend it alone on the couch watching Eastenders.

If you’re in a relationship the chances are you already have your day planned so we have compiled a list of things to do for the rest of us; the non-romantics and the singletons.

You won’t find gift ideas or restaurant recommendations here as we set out the perfect Anti-Valentine’s Day ™. Known to many as one of Ireland’s leading comics, known to some as the depressed priest in Father Ted. Tommy Tiernan takes to the stage of the Ulster Hall a fortnight after his sold-out show in the Armagh City Hotel earned him rave reviews. Tickets to his shows are hot property but there are still a few available for tomorrow night’s show so snap them up quickly.

Tickets available at Ticketmaster.ie from £25.

This internationally renowned fixture in the athletics calendar returns for its 23rd annual staging against a floodlit Mall backdrop. Double Paralympic gold medallist Michael McKillop and two-time Olympic runner Lisa Dobriskey are among a host of big names that will line up against some of Armagh and Northern Ireland’s leading athletes.

The first races begin at 6.30PM while the headline races commence at 8.05PM The latest of the incredibly popular series sees an aging Bruce Willis reprise his iconic role as Detective John McClane. Directed by John Moore, ‘A Good Day to Die Hard’ has received mixed reviews  and the title has drawn criticism from Willis himself. However, it’s as far away from a Jennifer Aniston romcom as you’re likely to find and on that basis alone deserves a place in our list.

Narrated by ‘Taken’ star Liam Neeson, ‘Dynamic Earth’ follows a trail of energy that flows from the Sun into the interlocking systems that shape Earth’s climate: the atmosphere, oceans, and the biosphere. Highlights include ultra-high-resolution visualizations of giant swirling eddies of the Gulf Stream, a recreation of the anatomy of Hurricane Katrina, microscopic ocean creatures blown up to giant size, and the most detailed recreation of the surface and atmosphere of Venus ever produced.