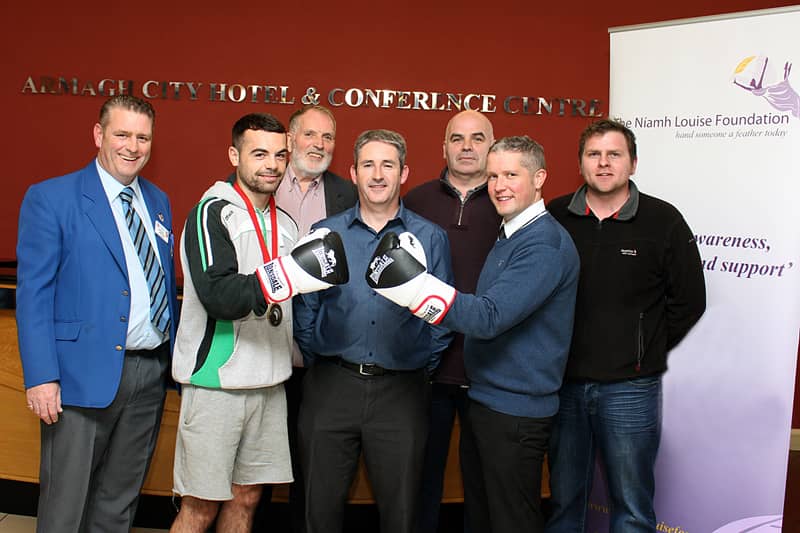 Back by popular demand, the ultimate white collar boxing event – Armagh-Geddon – returns to the city this weekend in to raise funds for another worthy charity.

Organiser Liam White is again overwhelmed by the enthusiasm and interest in this event. “We are delighted to be announcing another Armagh-Geddon Charity Boxing event this year following its success in 2013.

“We are very grateful for the generosity that has been shown so far by local companies with support for the event. There has been an astonishing amount of interest shown by local participants ensuring the evening to be another ‘knockout’ success!”

Under the guidance of Keady professional boxer and Commonwealth Bronze medallist Sean Duffy, 32 brave men and women are putting it all on the line and have undertaken a six week training programme that will see them progress from boxing amateurs to pros, when they get the ultimate opportunity to compete in a boxing ring this Saturday, November 29, in the Armagh City Hotel, at 8pm.

All the proceeds from this show will be donated to the Niamh Louise Foundation.

Tickets are on sale at the cost of £20 with a limited number of ring side seats available for £30, which can be purchased from the Armagh City Hotel or from any participant in the event.

“The white collar boxing event looks to be a very entertaining evening and we would encourage as many people as possible to purchase their tickets and help support the charity.  Every pound raised will make a real difference to local individuals in need of our support.”