An Ordinary Man – An Extraordinary Journey 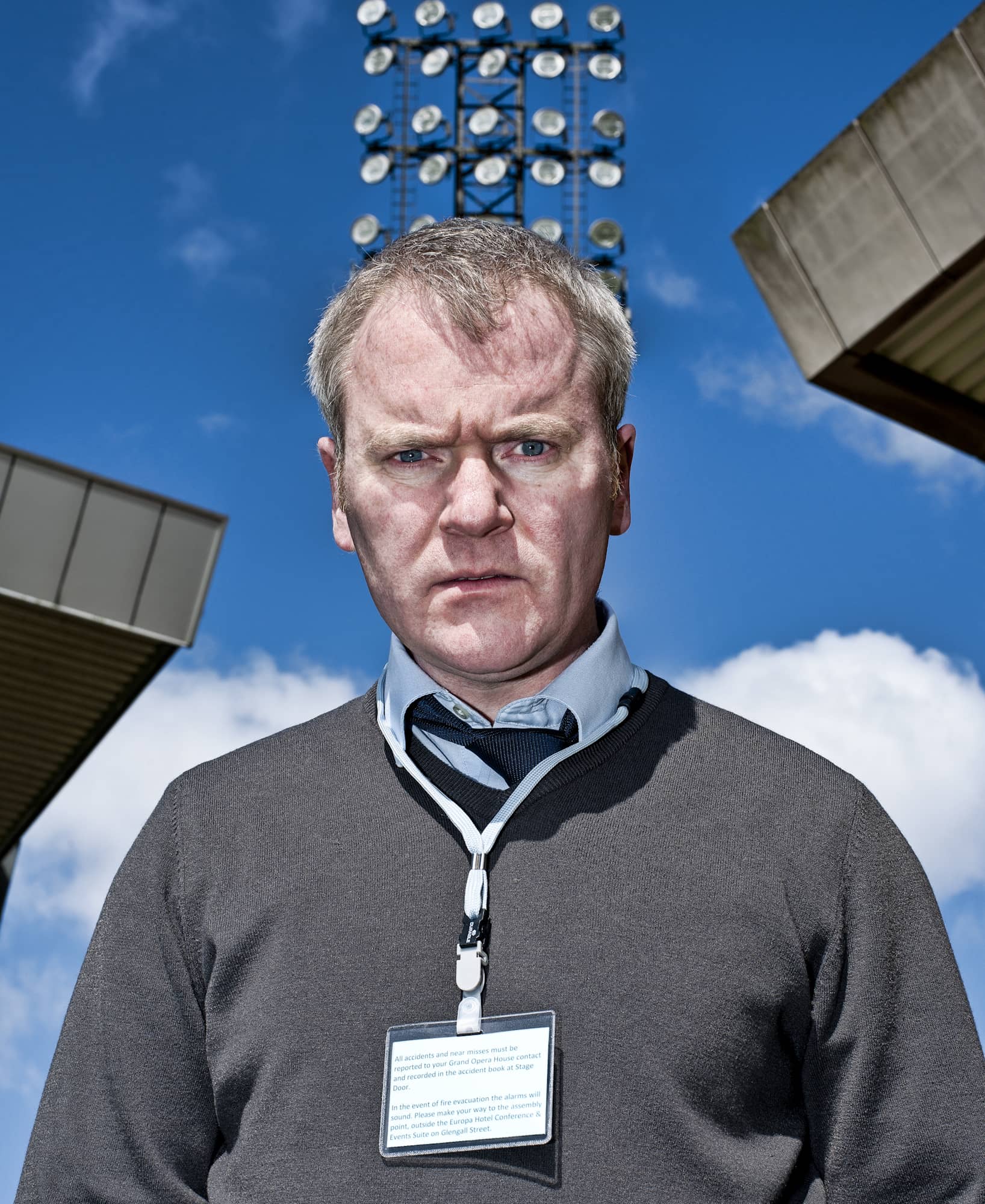 When Ulster Protestant, Kenneth McCallister finds himself on the football terraces for a crucial Northern Ireland versus Republic of Ireland World Cup qualifying match, little does he know that his hum-drum life is about to change forever…

Ian McElhinney directs a brand new production of Marie Jones’ smash-hit, one-man show, A Night in November at the Market Place Theatre in Armagh on Friday 7 and Saturday 8 September.

Conor Grimes stars as Kenneth McCallister, a protestant dole clerk on a search for his own identity, sparked by the intense bigotry he witnesses during the football match at Windsor Park.  Horrified by the sickening behaviour of his father-in-law, Kenneth starts to question some of his strongly-held Protestant beliefs and those of the people closest to him…

“…As I drove home that night with the dreaded Ernie, I wanted to scream, wanted to stop the car and throw him out…but did I? No, I sat there and listened, and hadn’t the bottle to challenge him…”

Poignant, fast-moving and darkly funny, A Night in November has played to audiences in Belfast, Dublin, Edinburgh and New York.

Marie Jones’ enduringly challenging play is both uncomfortable and compelling as it lays bare the issues of identity in Northern Ireland in the 1990s. Yet, despite the passage of time, many of the issues raised will strongly resonate with a new generation of theatre-goers, most of whom will be too young to remember the events that inspired the play.

“I think people sometimes get confused and think that the show is about sectarianism in the terraces’, explains Ian McElhinney. “A Night in November is about an individual who has unwittingly spent his life living in a bubble. Then an event takes place that makes him aware of that’ he continues.”

For Conor Grimes, it marks a return to the type of role that defined his early career with the National Youth Theatre in London. “It has given me an opportunity to go back and explore this serious, hurt, fragile man, and I’m really enjoying it”.

Produced by the Grand Opera House Belfast, A Night in November runs at the Market Place Theatre Armagh on Friday 7 and Saturday, September 8.