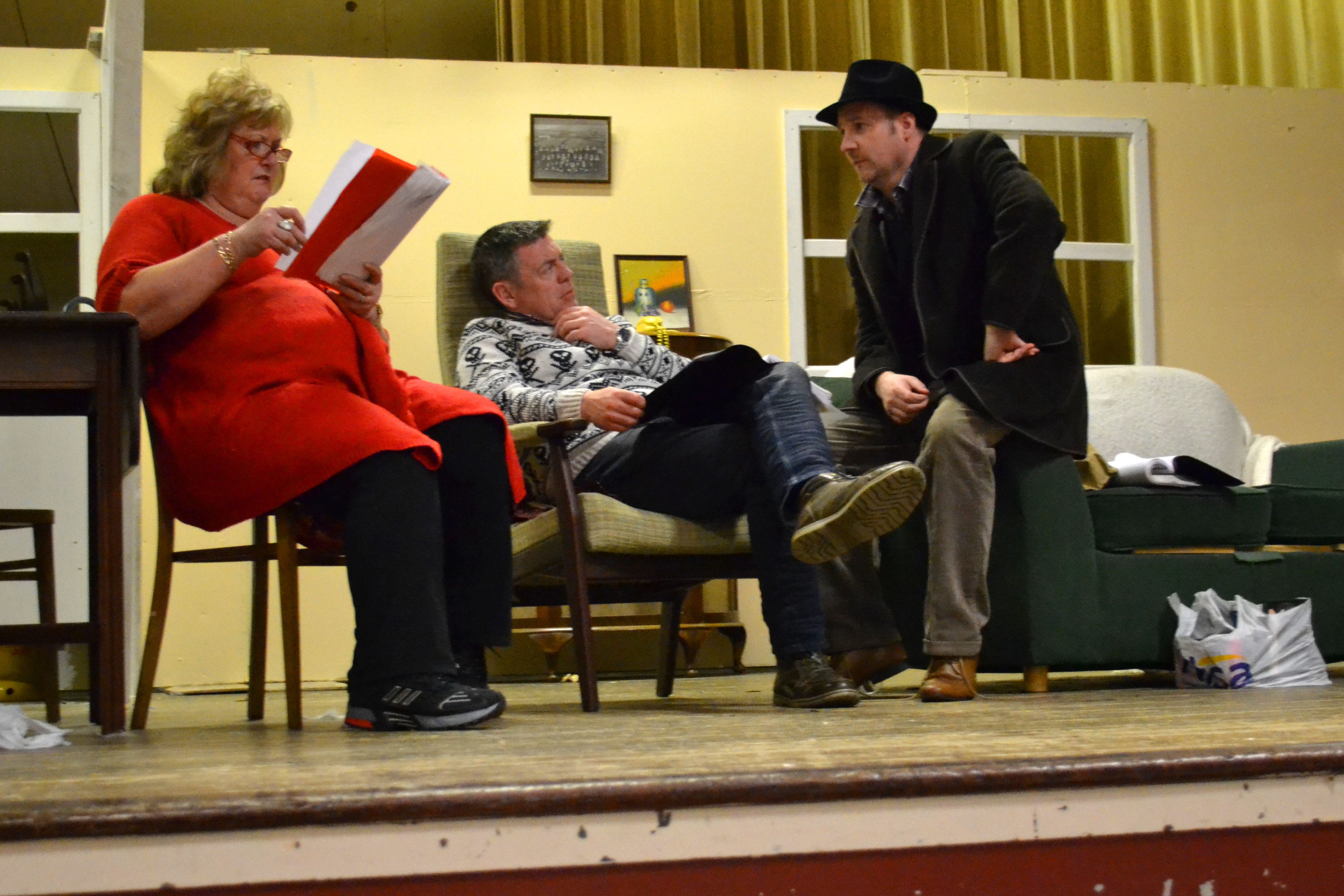 Keady’s very own ‘Courn Square’ Drama Group brings the comedy writing of former Bard of Armagh from the page to the stage, in the production of ‘Frosty Reception’ this May Day bank holiday weekend.

Taking to the stage of Keady Parochial Hall the cast, with an excellent blend of youth and experience within their ranks, get into character for this three act comedy written and directed by dual winner of the Bard of Armagh, Liam McNally.

Since winning Bard of Armagh in 2008 and 2009, Liam has brought his unique style of humour to life by turning his hand to the art of playwriting. Following on from the huge success of his last play, the hilarious ‘Waiting for Tam the Dog’, which was performed in 2013 and attracted a combined audience of 1200 people over three nights, this eagerly awaited prequel is sure to bring the house down once more. Set in a typical working class council house during the late 1970’s the comedy centres around the less-than-typical working class family, The McMahon’s struggling with the everyday trials and tribulations of the era. This trip down memory lane is guaranteed to take the audience on an emotional and hilarious rollercoaster from start to finish.

Writer and director, Liam McNally has been quoted saying, “if rehearsals are anything to go by, the howls of laughter could well disturb the corpses behind the graveyard wall. A must see for anyone with a sense of humour”.

Premiering on Friday 1st May, Sunday 3rd May and Saturday 9th May, ‘Frosty Reception’ is dedicated to the late, great Stevie McMullan, a founding member of the drama group who sadly passed away on November 1st 2014.

Tickets are priced at £6, with all of the proceeds of the first night being donated to Northern Ireland Chest, Heart & Stroke. Tickets are available at the door on the night and within various participating outlets throughout Armagh and Keady.