Bruiser Theatre Company is proud to present a live theatre tour of their critically-acclaimed production of Mojo Mickybo by Belfast playwright, Owen McCafferty. 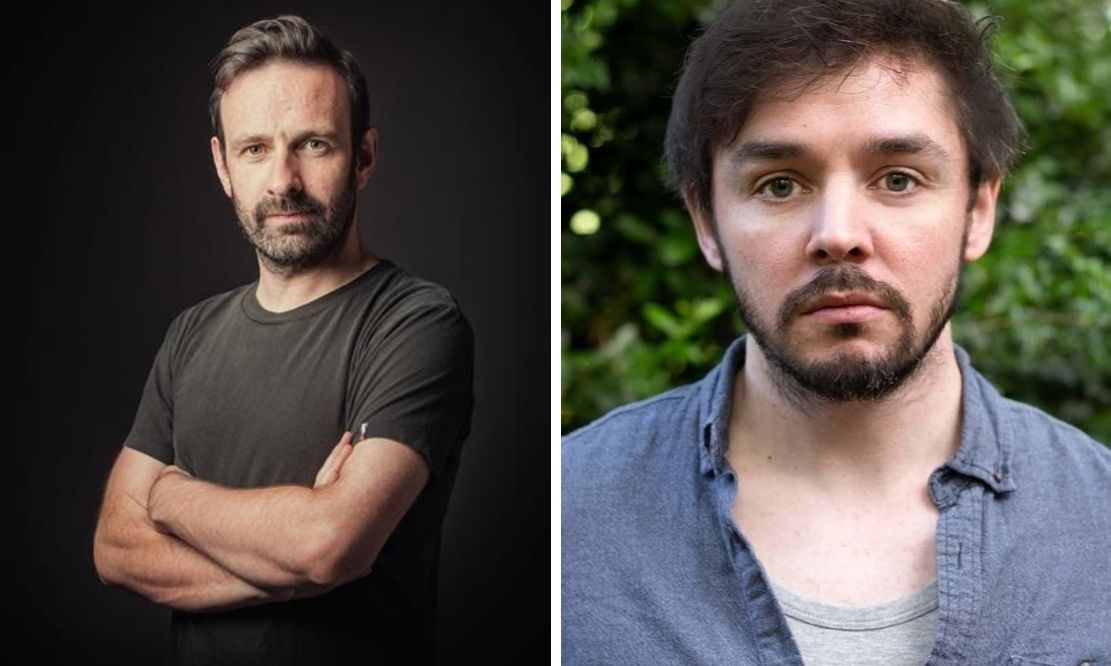 Mojo Mickybo shows the friendship between two boys growing up in Belfast – a friendship that at first is immune to the sectarian violence taking place around them, but which nonetheless is ultimately destroyed by it.

“Belfast. The summer of 1970. The heat’s meltin’ the tarmac on the street, the buses are burning bright and punters are drinking petrol outta milk bottles”.

Mojo and his mate Mickybo are two nine-year-old boys from opposing sides of the sectarian divide. They are ‘thick as two small thieves’, playing headers, being mouthy, building huts, spitting from cinema balconies and re-enacting their favourite movie, Butch Cassidy and the Sundance Kid. They are young cowboys in the making, with the violence of The Troubles only obliquely impacting on them – until finally their friendship is destroyed in a way that they only later come to understand.

This is pure, undiluted storytelling in Bruiser’s trademark dynamic physical style. Fast-paced, darkly funny and action-packed. The show is brought to life by two of our finest local actors, Michael Condron and Terence Keeley, who seamlessly slip in and out of multiple roles and imaginary worlds.

Mojo Mickybo unsentimentally portrays a kind of innocence betrayed by communal hatred, showing the harsh absurdity of sectarianism. Our young heroes, Mojo and Mickybo, represent the division of a benighted country that has spent a century at war with itself.

Bruiser Theatre Company are renowned for their fast-paced, energetic, and engaging performances. Under the meticulous direction of Lisa May, Mojo Mickybo is ready for a live audience following its successful online run while theatres remained closed.

Bruiser Theatre Company is delighted to be returning to live theatre, and proud to present this showcase of both Northern Ireland’s talent and complex history as our first piece of live theatre back after the easing of restrictions.

Artistic Director, Lisa May said: “We at Bruiser are very excited to be producing Mojo Mickybo. It flies at breakneck speed, is witty, darkly funny and searingly honest; perfect to explore in Bruiser’s bold physical style. To me, it feels like Owen McCafferty’s love letter to Belfast, warts and all, and shows how sectarian anger is so deeply buried into the psyche of those who have grown up during the troubles; it is passed on to generation after generation. Nostalgic yet damning, hilarious yet heartbreaking; Mojo Mickybo is sadly all too relevant for today’s audience, not just in Northern Ireland but around the world.”

Simon Magill, Creative Director @ The MAC said: “The MAC is once again thrilled to be working alongside Bruiser Theatre Company. Directed by the ever theatrically inventive Lisa May, Owen McCafferty’s Mojo Mickybo resonates with a Belfast audience and Bruiser’s exemplary version will chime with audiences of all ages. A tale of fractured friendships told through the eyes of children, audiences will be drawn into Mojo and Mickybo’s world of cinematic fantasy and street reality in this superb, dark, and funny production.”

Mojo Mickybo is supported by Arts Council of Northern Ireland National Lottery Fund. Caoileann Curry-Thompson, Acting Head of Drama, Arts Council of Northern Ireland, commented: “The Arts Council of Northern Ireland is proud to support Bruiser Theatre Company thanks to The National Lottery players. This latest production tells a powerful story and demonstrates the value of the arts in shining a light on and opening discussion around difficult subjects, boasting Bruiser’s trademark physical and dynamic performance style. Owen McCafferty is one of NI’s most accomplished playwrights who’s work really makes the people, language, stories and experiences of this place burst to life and sing on stage and I would encourage everyone to get online and enjoy this terrific production.”