Carla Lockhart - who has got to know campaigner Heidi Crowter and supported her challenge on UK law - said: 'It is a brutal, cold, discriminatory message to everyone in the UK who is living today with a disability' 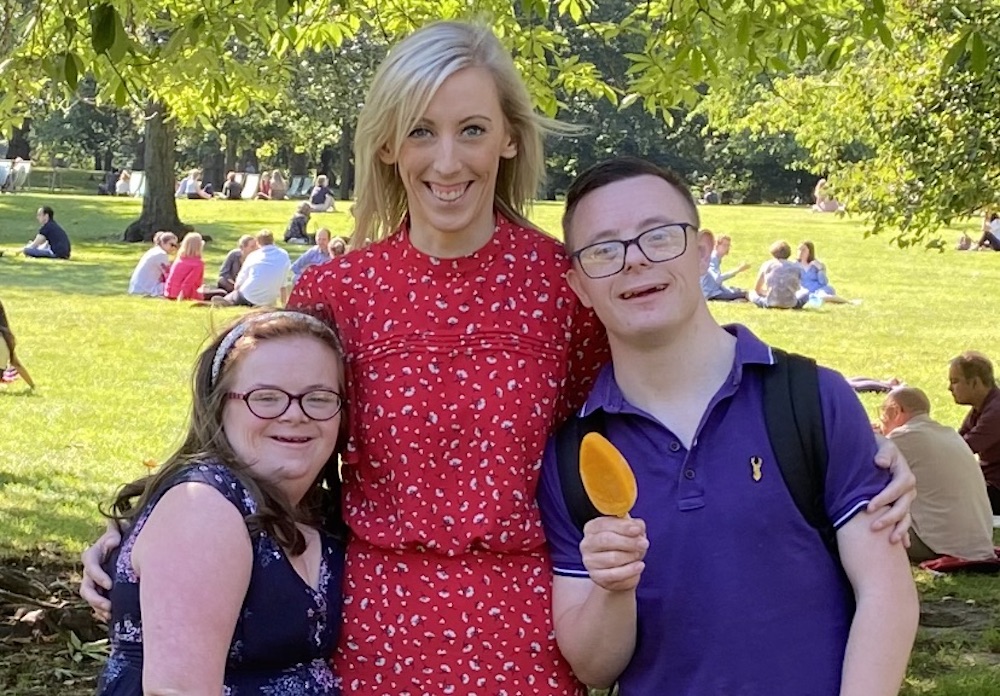 A decision by the High Court to uphold legislation which allows abortion of a foetus with Downs Syndrome right up to birth has been branded as one which “shames our nation”.

Heidi Crowter, from Coventry, was one of a trio of complainants who launched a case against the UK Government’s Department of Health and Social Care in July.

The 26-year-old, who has Downs Syndrone, said the law had no respect of her life.

And she sought a change to the “discriminatory” Abortion Act which campaigners argue devalues those with a disability.

It applies to England, Scotland and Wales, where a 24-week cut-off point for abotion applies unless there is a “substantial risk” that the child, if it were born, would experience “physical or mental abnormalities as to be seriously handicapped”.

The High Court, however, turned down the challenge and said the law as it stands aims to strike an even balance between the rights of the unborn child and those of women.

The decision on Thursday to uphold the current legislation is not the end of the road as far as Heidi is concerned, as she insisted after the ruling that “the fight is not over”.

And she has already launched a public appeal for funding to help appointed legal teams take the next step in seeking to bring about change.

Upper Bann MP Carla Lockhart has added her voice to the thousands angered by today’s ruling and hit out at the decision by the High Court.

She said she had got to know the disability rights campaigner over recent years and had been inspired by her determination and dedication.

The DUP representative said: “This is a very sad day for our nation. The highest court in the land has told those with disabilities that their lives are lesser than those born without a disability.

“That is a brutal, cold, discriminatory message to everyone in the UK who is living today with a disability.

“I want to commend Heidi Crowter for taking this case. I have been privileged to get to know Heidi in recent years.

“She is an inspiration, so full of life and a zest for living each and every day. She is the hope that those of us who value life cling to.

“She is the embodiment of why disability should not be grounds for an abortion to full term.

“How society treats its most vulnerable is a true measure of its humanity.

“Today the High Court has given a ruling that shames our nation. We will keep fighting for what is right, seeking to persuade more and more people to value all life.”