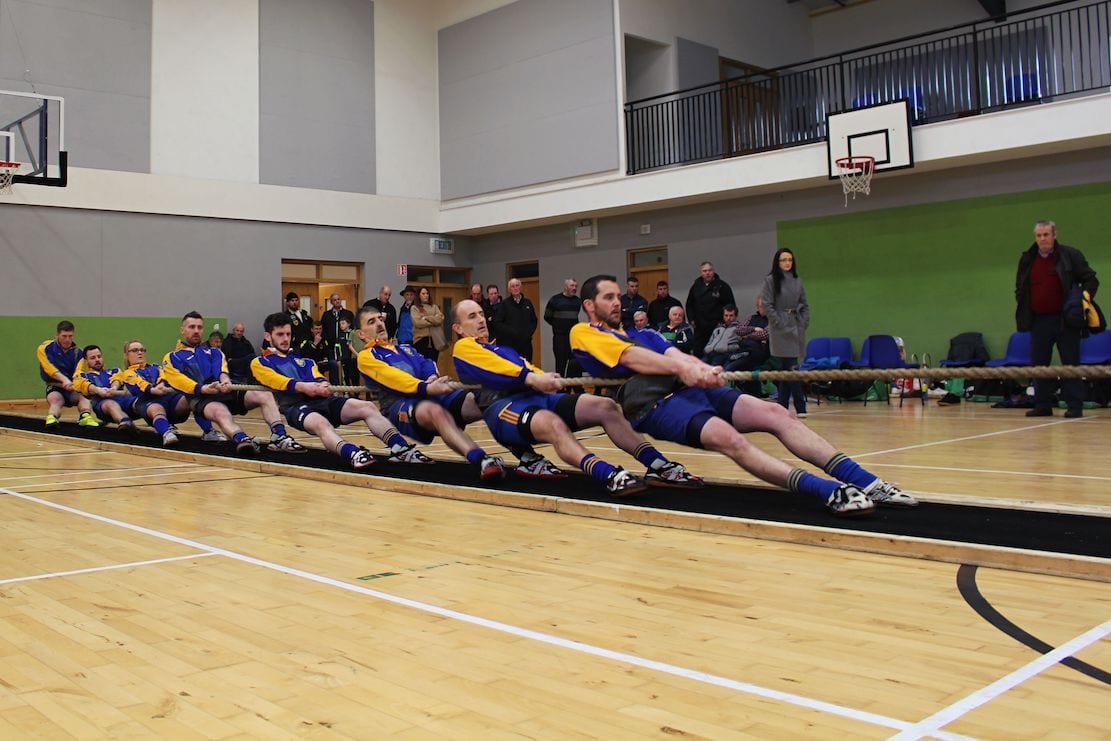 Sunday last saw the Courtbane-based Indoor Tug of War team St. Pat’s compete in the fifth and last Indoor Championship of the season.

Sunday’s weight was the 560kg and is always very difficult to get a team light enough for it.

Due to injury to a few of their light pullers, St. Pat’s headed to Longford town on the Saturday for an extreme sauna session to lose enough weight for the following day’s competition.

At the weigh-in St. Pat’s had to use the secret weapons once again – youth Liam Fitzpatrick and wonder woman Yvonne Mc Entee, in order to put a team in at the weight.

The Championship was pulled on the usual round robin (every team pulls every other team) and after this, it was the usual suspects in the final – St. Pat’s against Mountain View.

However, St. Pat’s, pulling with great strength, style and determination quite easily took Mountain View down the mat for a 2-0 victory.

This was a mighty performance from all the pullers, but especially from Liam and Yvonne.

This concludes the domestic season and St. Pat’s who have won all five National Championships, their third consecutive clean sweep.

Also 4 Side National and every Open pull to end an unbelievably successful season.

Next up for St. Pat’s is the forthcoming British and Irish Championships, which will be hosted by N. Ireland in Enniskillen in Co. Fermanagh in a fortnight.

St. Pat’s dominated the British and Irish last year, taking three Open Championship gold medals and the International 600kg gold and will be trying to emulate that performance.