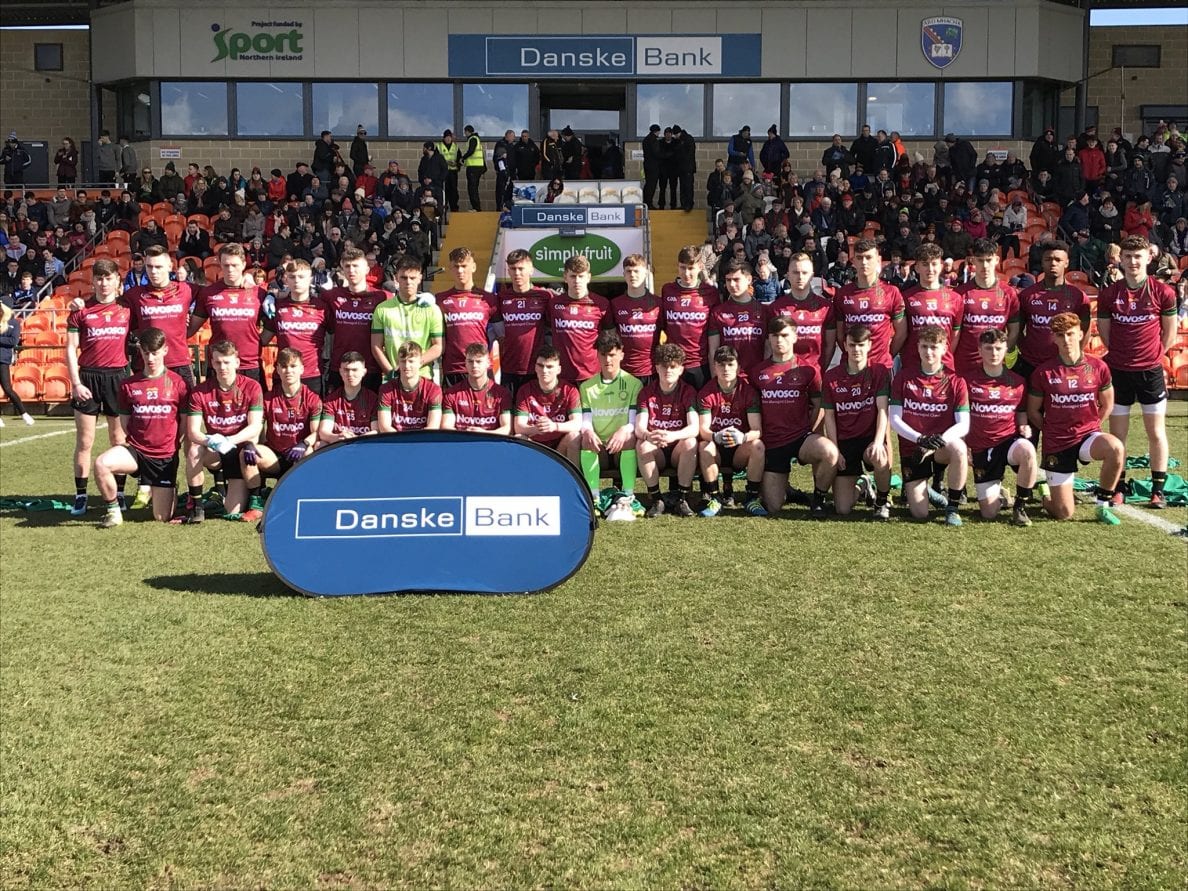 St Ronan’s in Lurgan have been crowned All Ireland champions with victory over Rice College in Croke Park this afternoon.

The Co Armagh MacRory Cup champions grinded out a precious one-point victory over the Westport School in a thrilling Hogan Cup final.

A fortunate goal in the first half for Rice College and two big saves from keeper Cian Kennedy to deny Rioghan Meehan and Ruairi McConville left the Armagh boys trailing by two points at half-time.

However, Tiernan Kelly bundled the ball over the line eight minutes into the second half to give his side a one point lead.

However, an end-to-end game saw Oisin Smyth write his name down in the schools’ history books as his point minutes from the end was the decider.

The team held out for the remaining few minutes as they lifted the All-Ireland title to cap an unbelievable year for the Lurgan school.

Earlier in the day, Cookstown’s Holy Trinity College beat St Nathy’s, Ballaghadereen 0-19 to 1-06 in the All-Ireland ‘B’ Colleges final to win the Paddy Drummond Cup.