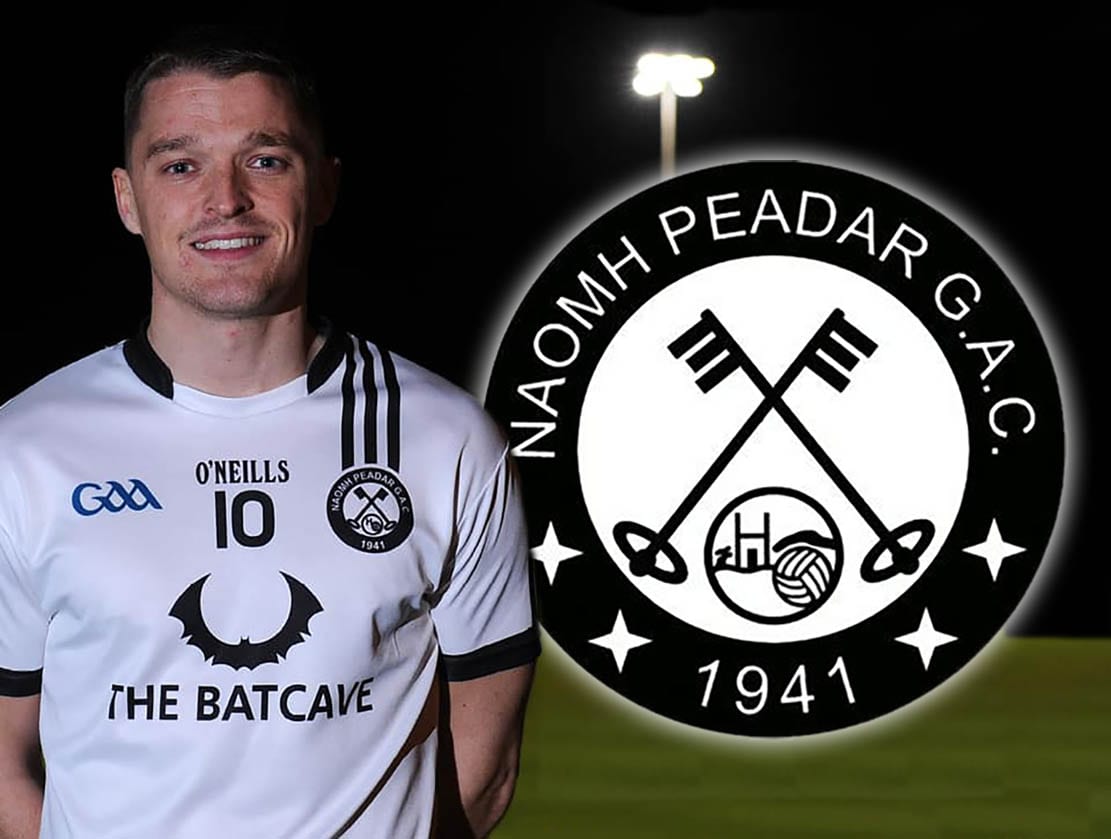 It has been a long wait for St Peter’s GAA as they have had to watch on patiently as their cross-town rivals collected silverware.

Thirty-seven years is barren by any team’s standards but it feels even longer for the Lurgan outfit as rivals Clan na Gael, Clann Éireann and St. Paul’s have paraded championship silverware in the intervening years.

Lurgan is a town like no other when it comes to GAA. Four clubs catering to a population of just under 30,000 people.

It’s a place where bragging rights are well and truly to the fore.

“It’s a crazy set up”, said St. Peter’s captain, Niall McConville, who’s long wait for championship glory finally came to an end a fortnight ago, when the North Street side held on to claim victory in a tense Armagh Intermediate Football Championship decider against Mullaghbawn.

“You have the situation where you have the four clubs in the town itself, and you’re talking at least another five or six, literally just outside.

“The buzz it creates during the league is incredible. This year, ourselves, St. Paul’s and Clan na Gael all found ourselves in the same division, so there’s six derbies for the town to look forward to.

“It maybe has handicapped a club side from Lurgan’s ability to take a place amongst the elite in Armagh, but having so many clubs certainly isn’t to the detriment of football in the town. It keeps so many people involved playing, and others with a vested interest. Like I say, it’s crazy”.

The Peter’s have enjoyed a standout year. Promotion back to Division 1B of the All-County League, was followed by last month’s Championship success, and the former Armagh forward firmly believes that one thing made a telling difference.

“Hard-work! It’s as simple as that.” he said. “We asked everyone for a 5% extra effort. Coaches, players, everyone at the club. And we got it!

“And it just goes to show you what can happen when the attitude is right. In years gone by, we’d maybe start well and suffer a defeat or two and the eyes would be taken off the ball, but this year was different. When a loss or draw stopped us in our tracks, we refocused. We had more drive about where it was we were going and we followed it through to the end and got our reward”.

McConville has enjoyed the extra time he has been able to give to the club this year.

Having spent the last number of years heavily involved with the Orchard County setup, he wasn’t part of Kieran McGeeney’s summer plans this year, allowing him to divert all his energy into pushing forward with the lads he grew up with.

“It’s been my first year completely with the club since I became a senior player. It’s been the case in the past where myself and Aaron (Findon) have maybe been walking in, in the middle of the year, and trying to give something to the team in the final stages of a league or championship and all it was doing was papering over cracks.

“So to be able to go at it full throttle this year with the boys you’ve been kicking ball with since you were six or seven years of age was brilliant.

“The intimacy of bringing those trophies back to the club, and sharing it with all those who follow us and with lads who have soldiered for St. Peter’s for so long without winning anything, is what it’s all about”.

In a town where four clubs are competing for head count, McConville concedes that competition, mixed with a lack of notable success, have caused difficulty in terms of numbers in times gone by.

This year, however, there was no such issue.

The Lilywhites raised a few eyebrows when using every inch of space in the county final program to fit all forty-two members of the senior panel on to the page. But their skipper explains that that each man played his role on the road.

“We started the year with 36 lads, and ended with 42. Those are huge numbers. Having that size of squad is such a big help. Ronan (McAlinden), Chris (Toman) and Dermy (Kearney) were able to give well over thirty of those lads game time in the league or championship, which keeps every single person who has a starting fifteen jersey on their toes.

“Our in-house games were genuinely some of the hardest we had this year. We had a brilliant one just before the county final, and I said to myself afterwards, there’s no way we could come up against any more intensity in the Athletic Grounds.”

McConville continued: “Another big factor was our recovery sessions. [Aaron] Findon has launched a new business venture with Oisín Lappin (Maghery & Armagh) called Revital Recovery. So we’ve been enjoying our ice bath nights together too, which not only is helping us to recover quicker, but giving us an extra night together and keeping morale high”.

McConville’s determination to ensure the spotlight he and joint-captain Ciaran McCavigan have enjoyed, as the first men to lift silverware for the Peter’s in almost four decades, is shone not only on the rest of the squad, but every corner of the club, is testament to that high morale.

There’s an all-in-together vibe at the club. A vibe that the young accountant can’t quite absorb for the moment.

“I know I’ll look back on it one day and say that these were definitely the best days I’ve had in football,” said the 26-year-old.

“It’s just hard to take it all in because we haven’t had time to sit back and reflect on it, with the Ulster Championship on the horizon.

“I’m just so happy for all those people at the club. We have some great servants who have worked hard for a very long time, and to be able to see them elated puts a real spring to your step, I suppose”.

Ulster Championship on the horizon, indeed, and Tyrone Intermediate kingpins Tattyreagh in the Quarter-Finals on Saturday evening.

“The two clash in the curtain raiser to the highly anticipated Crossmaglen-Coalisland encounter, with the former shaping up to be every bit as ferocious as the latter.

McConville is adamant that his side will come back to the scene of their county final victory, with all guns blazing.

“We are very privileged to be representing Armagh in an Ulster Championship,” he admitted. “That’s something we don’t take lightly. Coming up against Tattyreagh, we know the bookies have us as underdogs.

“They are a team used to winning and they are a team that have come out of a severely competitive Tyrone Championship that has produced some real talented sides over the past few years.

“Moy are All-Ireland Champions, Fr. Rocks have done it twice in recent years, and you have teams like Pomeroy and Trillick that have taken Ulster club titles. Any team that wins a Tyrone Intermediate Championship are a damn good side!”

And whilst McConville respects Stephen McHugh’s back-to-back league and championship winning exploits, he is clear that he and his teammates have nothing to fear under the Athletic Grounds lights.

“Look, they’ll be the best outfit we’ve come up against this season, but we’ve decided that we are going to give this a go, and if we do fall on Saturday, it won’t be from a lack of commitment or focus.

“We are well prepared and looking to give a good account of ourselves. It’ll be fifteen against fifteen and we are going to bring everything we have. It’s all about making St. Peter’s the best it can be, and if we put in a performance, then the result will hopefully take care of itself.”

The Intermediate action gets underway at 5pm. this Saturday in Armagh, with the senior game scheduled to throw in at 7pm, in what is certainly the pick of the weekend’s double-headers.

Niall McConville was speaking to Aaron Strain of Ball-X