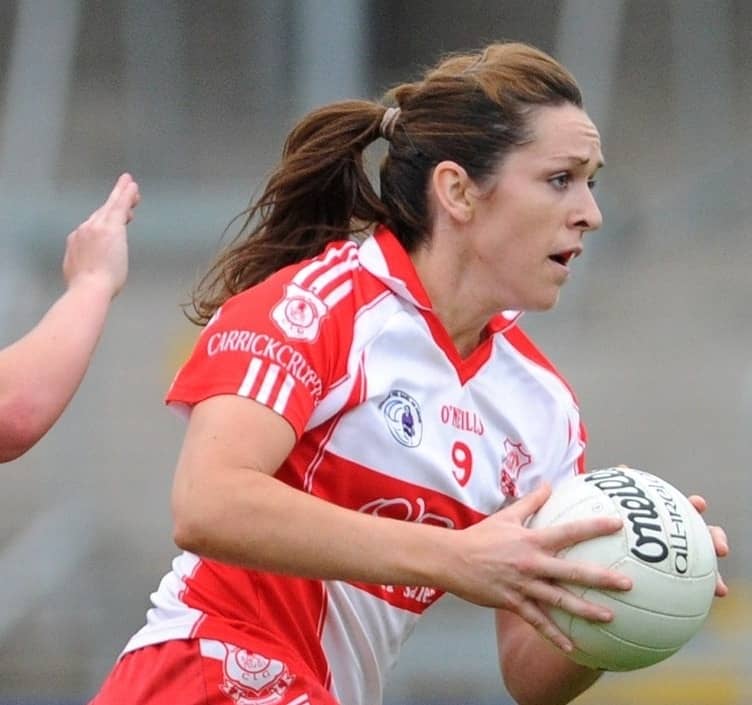 Captain Caroline O’Hanlon is convinced Carrickcruppen can hit new heights in their Ulster Senior Club Championship campaign which starts with a home quarter-final against Newtownbutler on Sunday (2pm).

The long-serving skipper has lifted six trophies in the past nine seasons but believes Cruppen have never been better equipped than at present, with a strong side and impressive management team of Lorraine McCaffrey and Fionnuala McKenna.

Although delighted with victory over old rivals Clann Eireann in last month’s county final, O’Hanlon insists Cruppen are well capable of an improved performance and doing better than on their only previous appearance in the top provincial competition.

O’Hanlon hasn’t watched the tape of last month’s county final yet – “the management have shown us bits” – or thought too much about it, “other than that we were confident in advance we’d win and on the day didn’t do anything stupid without really playing our best either.

“Winning was a great relief but because we knew that was well within our grasp to achieve, the prospect of a provincial campaign is exciting, especially as we feel we didn’t do ourselves justice last time.”

That’s a harsh assessment by the 29-year-old given that, in 2010, Cruppen thrashed St Paul’s of Antrim before putting up a reasonable fight against formidable Monaghan champions Donaghmoyne, two matches which produced predictable outcomes.

This time, O’Hanlon’s side can’t come up against highly fancied Donaghmoyne until the final, though naturally the double All Star isn’t looking beyond Sunday’s last eight clash with Fermanagh’s Newtownbutler.

“We went down to see them last Saturday evening against Lisnaskea and they won well against a team with a significant county contingent but other than that we wouldn’t know too much about them,” she says.

“That suits us fine, for we’re better concentrating on ourselves like we did in the lead up to the Armagh final.  It might also be a better game for, unlike with Clann Eireann, the teams won’t be cancelling each other out from familiarity.  We’ll be seeking to impose our game on them.

“I think we’ve got good balance now, with a system and roles regardless of personnel.  Our previous manager Mickey Heaney encouraged that.  The talent has always been here but now we’re very organised.

“The new management team are very professional and have really bought into the club.  They’ve worked us hard since the county final and again there has been a great response from the girls.

“This team has been improving over the past three or four years with the likes of Caitlin Malone and Rebecca O’Reilly coming to the fore, while players such as Caoimhe Murray and Natasha Lennon would be strong in any club side.

“Natasha is a very natural footballer and helps make our attack pretty potent.  Sinead Finnegan is very versatile and a smart footballer who links our play well.  Aoife McCullough is very strong.  There’s also plenty of experience now beyond myself and Marian McGuinness,” she reflects.

If Carrickcruppen clear this hurdle, they will meet the winners of the quarter-final between the Cavan and Donegal champions the following weekend.

Two weeks ago, full forward Aoibheann Jones netted six times as the ever-exciting Camlough outfit tore outclassed Derry champs Ballymaguigan to shreds in the preliminary round game, which they won 13-11 to 4-3.