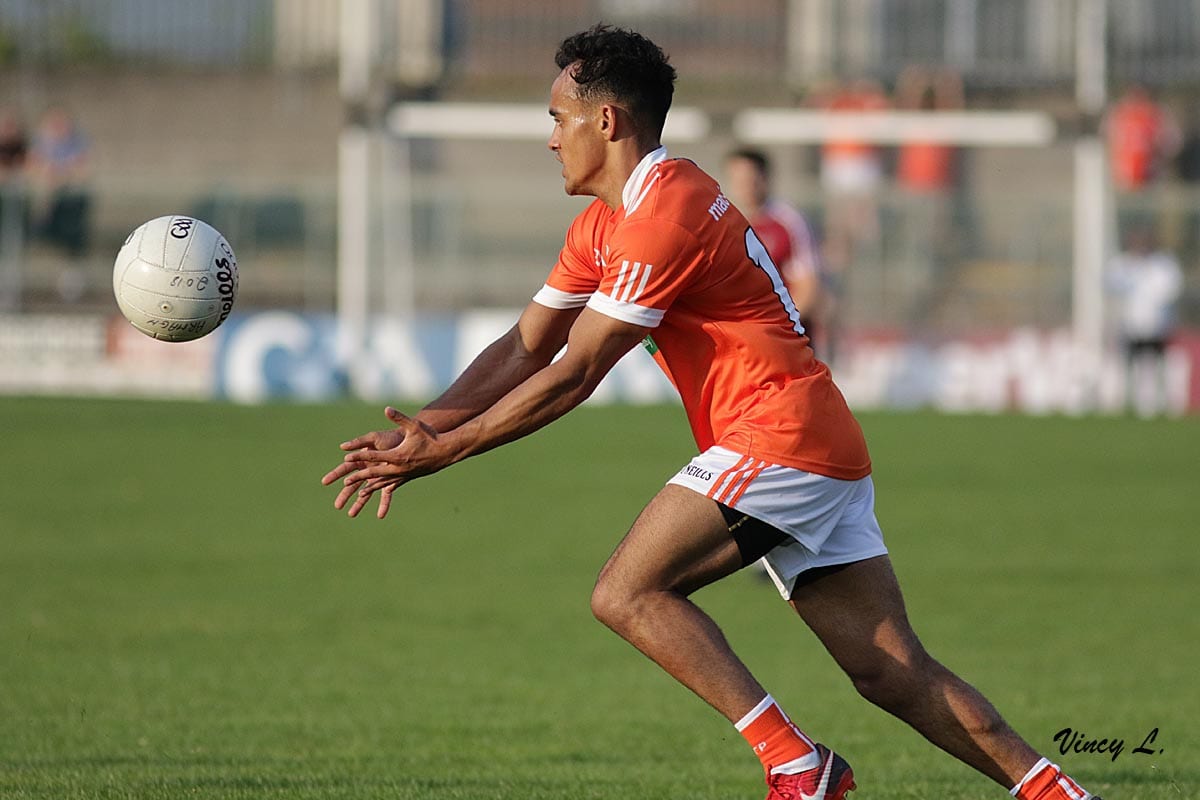 Armagh conceded a late free in the dying seconds which saw Kildare come away with a share of the spoils in Newbridge on Sunday.

The Orchard side were made to rue a number of wides; with the woodwork dead set against them coming away with anything too.

A five point lead was withered away after Stefan Campbell scored a goal halfway through the second half.

It was the Lilywhites who began the quicker but Campbell, Jarlath Og Burns and Jamie Clarke steadied the ship with three well-worked scores.

The sides were level at the break with six points apiece.

Kildare were level as the clock ticked over into injury time but there was still time for the visitors to regain the lead – and what looked like a late winner, when Rory Grugan slotted over a free.

But there was one final twist as Jimmy Hyland, with the last kick of the game, salvaged a point for the hosts.

Armagh will ‘host’ Clare in Pairc Esler next Sunday. The neutral venue in Newry was a result of a sanction handed to Armagh for flouting a pre-Championship training ban last year.