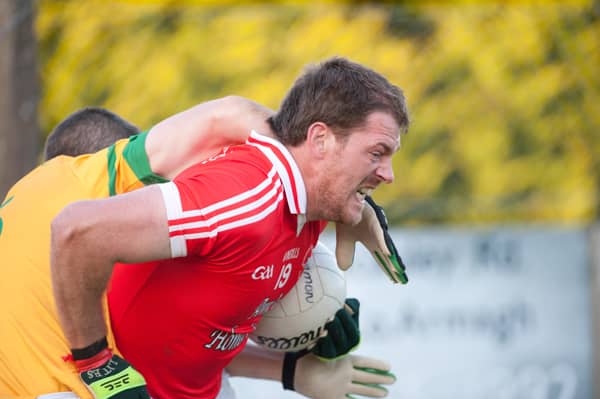 THIS year’s Junior Football Championship sees Annaghmore and An Port Mor face off in what should be a hugely intriguing tie.
Annaghmore will go into this game as slight favourites while the Blackwatertown outfit will be hoping to cause somewhat of an upset.
People may look at the club’s respective league positions and think that the divisional divide will tip the balance in Annaghmore’s favour but that might not necessarily be the case.
An Port Mor are flying high in the Junior League Cup and should they win their games in hand they will go above Ballyhegan and into first. You only have to look back to last year’s Junior winners, Eire Og to see that good league form, coupled with a championship run, can indeed bring that much-coveted success.
The Blackwater men may not have matched the league form of last year’s champions but let’s not forget that the league structure has changed, making that division a lot more competitive.
Annaghmore on the other hand are tinkering with relegation in the division above and a relatively poor league campaign could hamper them in the final, however, these are two completely separate competitions.
Annaghmore progressed in the semi-final thanks to fortuitous victory over Tullysaran in the final. Arguably they were the better team but they did let a six point lead slip in that game (conceding three second half goals) and came very close to losing out to the Intermediate Division’s basement club.
In the other semi-final An Port Mor made light work of a fancied Forkhill side so again they really cannot be discounted in this final.
The quarter final ties also showed that again An Port Mor cannot be looked over as they disposed of Collegeland in a tight game while Annaghmore only squeezed past Dorsey in their game. Annaghmore also had a preliminary round tie against Lissummon in which they won with little fuss in Ballymacnab.
All in all, Annaghmore may appear to be favourites but in terms of preparation and form, An Port Mor would edge. However, the unpredictability of it all is what championship is about.
Image supplied by John Merry
RelatedAn Port MorAnnaghmorechampionshipGAA