Joe Brolly: Armagh can win Ulster if they continue to play sh*t football 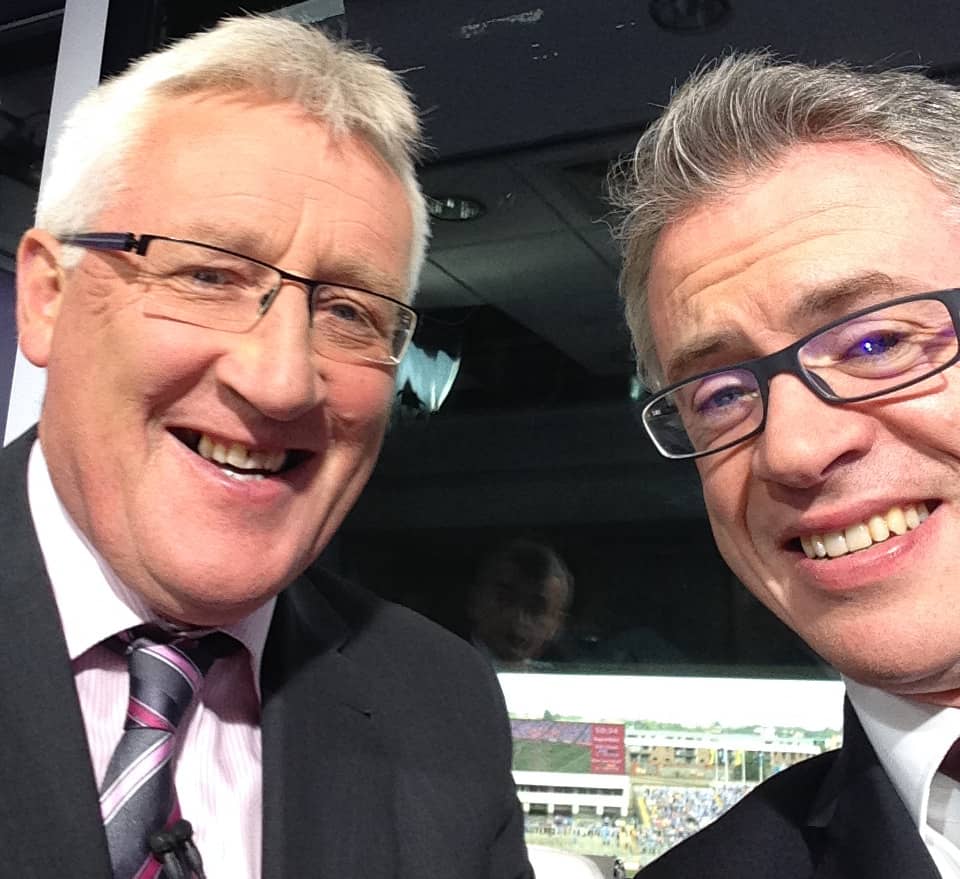 Armagh I caught up with Joe Brolly this week to get the passionate pundit’s views on the forthcoming year for Armagh GAA.

It has been a difficult period for inter-county football in Armagh with the last provincial title coming in 2008, and failing to progress further than the Quarter Final stage of the Ulster Championship in four of the past six years.

The lowest point may have arrived in 2013 when Armagh were beaten in the preliminary round by Cavan at Breffini Park.

Things dramatically improved in the 2014 Championship campaign, Armagh adjusted certain aspects of their game and reached the All-Ireland Quarter Final, before eventually losing out to Donegal by a point.

Brolly discussed with Armagh I what has changed since that dreary day in Cavan.

“It was a classic example of the effectiveness of the blanket defensive system, as I called Cavan the black death,” said Brolly.

“If you combat a defensive team’s system you’ll lose, but if you match it and the two systems are broadly equal then the team with the best players will win. You’ve got to match the system first of all and that’s what Armagh are doing now. It’s a classic example of – if you can’t beat them join them.

“You can’t blame them for that because Dublin tried to keep playing the way they could, and everybody said well Dublin are going to sweep everybody aside it doesn’t matter about systems. But the point was proven, you go out and try to play the way Dublin did against the blanket defence, you’re going to lose, it’s as simple as that. As long as their morale is good and they are confident the way Donegal are, then they’ll beat you. Monaghan lost against the Dubs because Monaghan were beaten before they went out, they were just terrified of the Dubs psychologically. “Donegal weren’t afraid of them so Dublin didn’t match their system, it didn’t matter that Dublin had far superior players in most positions, they were going to lose. If Dublin had of came out and played a blanket defensive system, the way they did in 2011 they’d have won the game comfortably, even if they dropped a sweeper back to protect their defence they’d have won the game comfortably.

“So Armagh from the point of view of winning football are doing the right thing, and the problem doesn’t lie with the strategists because they’re going to be beaten if they don’t do that. It lies now with the rules of the game and it’s up to the authorities to start making measures that are going to make the blanket defence more and more untenable, and to create a more free flowing game.

“It takes a lot of imagination to play Crossmaglen’s style of football, it takes courage and it also takes very good players, it’s just easier to do what Armagh are doing now. What’s happening in Ulster now is the teams that are playing the blanket defences, Donegal won three out of the last four, Monaghan won one, Tyrone don’t figure anymore.

“Donegal, Armagh and Monaghan, the three blanket defensive systems have all beaten Tyrone in the last four years, and Tyrone have a big decision to make, do we keep doing what we’re doing or are we going to have to accept the inevitable?

“The reality is these blanket defensive teams are now monopolising the Ulster Championship. People are also saying, look at what Donegal have been able to achieve, they’ve won an All-Ireland, they’ve got to another final, if it hadn’t of been for a horrendous kick out they would have won that as well. So people see the success in that and Armagh will have great momentum going into next year.”

One recent change to Armagh’s inter-county set up was Kieran McGeeney replacing Paul Grimley as the team’s manager on a five year contract.

The former All-Ireland winning captain is clearly a popular character in the county.

While Brolly believes the Armagh team will benefit from this alteration, he feels football in Armagh may suffer.

“Geezer (will be) very bad for club football in Armagh because he will dominate, he’ll work methodically with the team. They’ve now hit on a formula copying the Donegal system and it’s going to be very hard to break down, it’s going to be difficult to break down a team who are playing with two sweepers and counter attacking.

“They’ve got a system of play now that’s giving them confidence and they’ll be looking forward with enthusiasm next year. But make no mistake about it, Geezer will be very damaging for club football in Armagh because the board will do what Kieran says, as happened in Kildare, club football will be marginalised. In terms of Armagh football, it’s good for the county team and the squad but it’s not good for Armagh football.”

Another change will be the absence of Aaron Kernan, who announced last month he would be retiring to concentrate on club football.

The Crossmaglen man made his debut for Armagh nine years ago and has been an influential player throughout his inter-county career. But former All-Star Brolly feels Aaron’s retirement won’t make a massive difference and that Armagh are capable of winning an Ulster Championship without him.

“I think they could win an Ulster title, I don’t see why not, if they continue to play sh*t football. As long as Armagh really put their backs into playing sh*t football they have a great chance of winning the Ulster title.

“Aaron has become a peripheral figure because Aaron’s suited to the Crossmaglen style of playing, he has a particular role there, he loves playing there. That role wasn’t facilitated and in modern football you don’t need an Aaron Kernan.

“Sure, it’s good that you have a ball carrying player who can pop a ball over the bar but you can get players to do the same jobs. You look at when Tomas O’Se left Kerry, people thought this is a disaster, this is one of the greats, in fact it made no difference because they just put in a robot.

“Aaron I would have thought would have been unhappy with county football over the last four or five years, I would have said he was much happier playing for Cross.”

The RTE pundit certainly didn’t hold back when giving his opinions on Armagh GAA. Do our readers agree or disagree with the points he made.