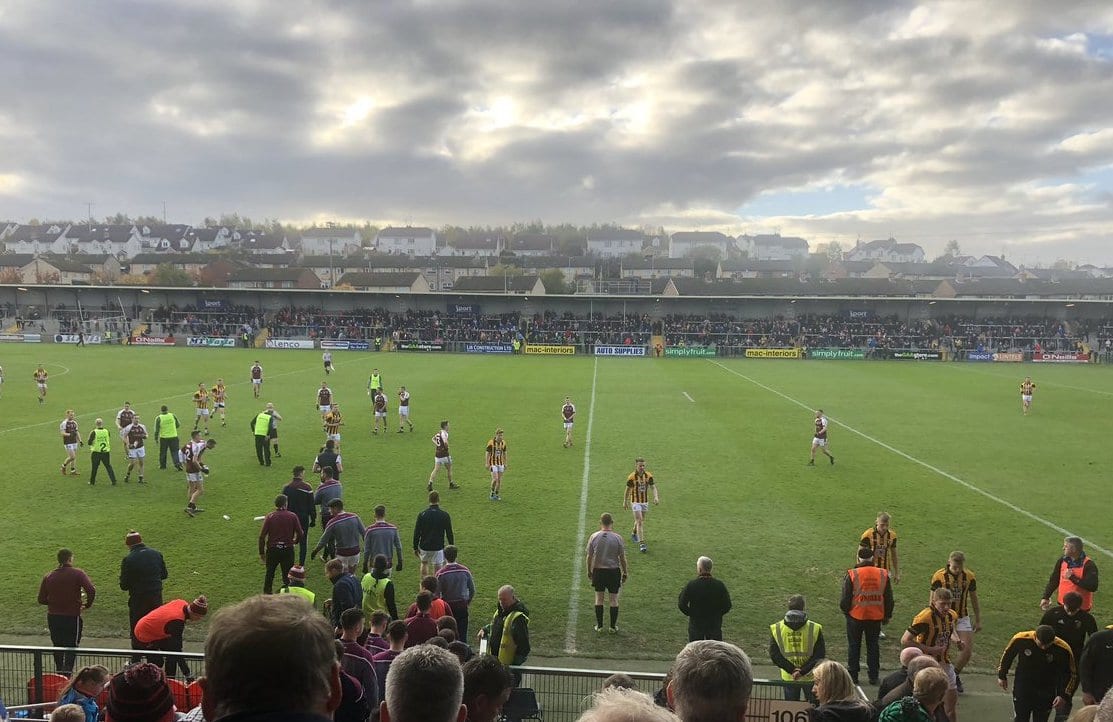 Crossmaglen landed their 44th Armagh senior championship title and in the process denied Ballymacnab their first with a six point victory at the Athletic Grounds this afternoon.

Ballymacnab, who were so cruelly on the end of a 25-point drubbing to Cross’ in 2011 – their first senior county final –  were good value for their three point half-time lead.

The impressive Jack Grugan had kicked a mesmerising five points from play – and a rather fortuitous goal from 30 yards – to give the League Champions some breathing space at the break.

The 7,100 in attendance also needed those 15 minutes to recoup in a first 30 which saw both sides rack up 23 scores between them.

Kieran Hughes extended the lead by four following the interval but three Rian O’Neill points for the south Armagh men helped level the tie. O’Neill was the man who stepped into Grugan’s limelight, taking the game to the ‘Nab and ultimately pushing Cross’ towards a first senior title in three years.

And it was fitting for O’Neill to add the icing on the cake deep into injury time with another sublime effort in a game that will be remembered for its attacking free-flowing nature.

Earlier in the afternoon, St Peter’s of Lurgan edged out Mullaghbawn in the Intermediate decider to claim their first mid-tier title since 1981 – their third overall.

A late Mullaghbawn goal caused a few nervy moments in the closing stages but the north Armagh side were able to hold on for a narrow 1-11 to 1-10 victory.