Down progress to Ulster semi-final thanks to 'keeper heroics 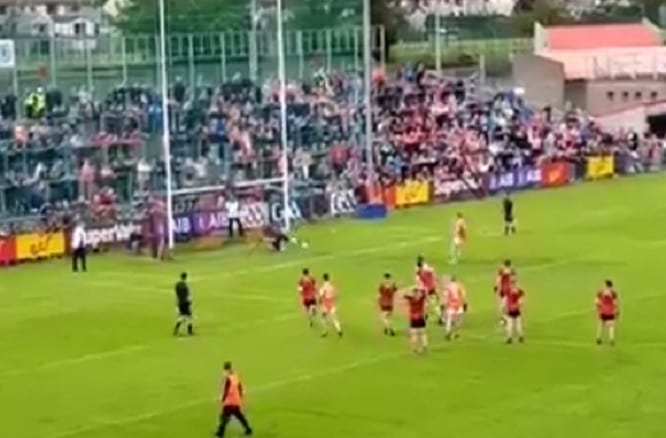 There was drama in the Ulster Minor Championship as Armagh missed a last minute penalty to lose to Down by three points in Newry this afternoon.

The two sides met in the quarter final, a prelude to the senior game at 2pm.

Armagh’s Tiernan Kelly had the chance to take the game to extra-time but Down ‘keeper Jack Hazard guessed right, down to his left.

Kelly scooped the ball over the bar with the rebound, however, it wasn’t enough as Down took the game 2-13 to 2-11.

It’s was heartbreak for Kelly and a wasteful Armagh side.