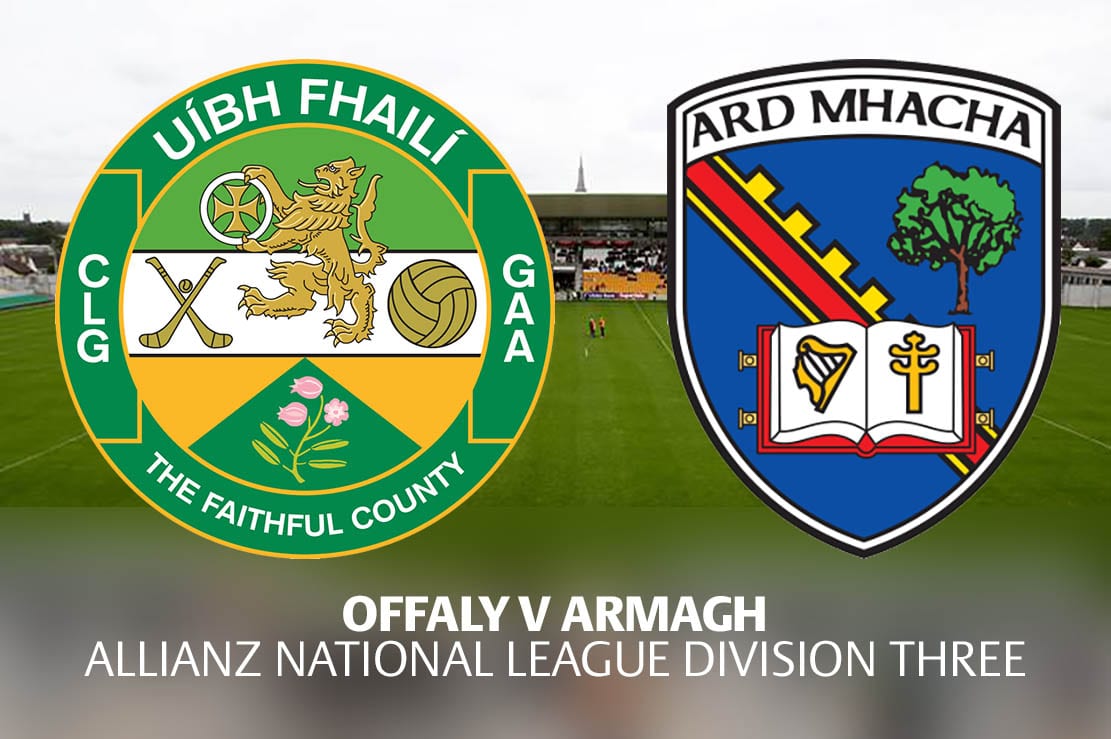 Armagh GAA maintained their 100 percent record in the National League with a comprehensive six-point victory over Offaly in Tullamore this afternoon.

Today’s game wasn’t quite reflective of last year’s drubbing, when Offaly left the Atheltic Grounds with their tail between their legs following a embarrassing 30-point mauling.

The 6-22 to 0-10 reverse was their heaviest defeat in League or Championship football since 1900.

Armagh threatened to run away with this tie early on, with Gregory McCabe rattling the net in the eleventh minute to give the visitors a six-point advantage, however, Sean Doyle struck back within sixty seconds.

It was tit-for-tat right up until half-time with Armagh taking in a comfortable five point advantage into the interval.

Offaly couldn’t break down Armagh and three consecutive points from Charlie Vernon, Niall Rowland and Ethan Rafferty in the opening 15 minutes of the second-half ended any real chance the hosts had.

Armagh never looked like losing this game despite a spirited effort from the Leinster-men.

It’s not so rosy for Offaly as a four consecutive defeat has all but consigned them to Division Four, barring a serious upturn in form, which wasn’t evident on today’s performance.