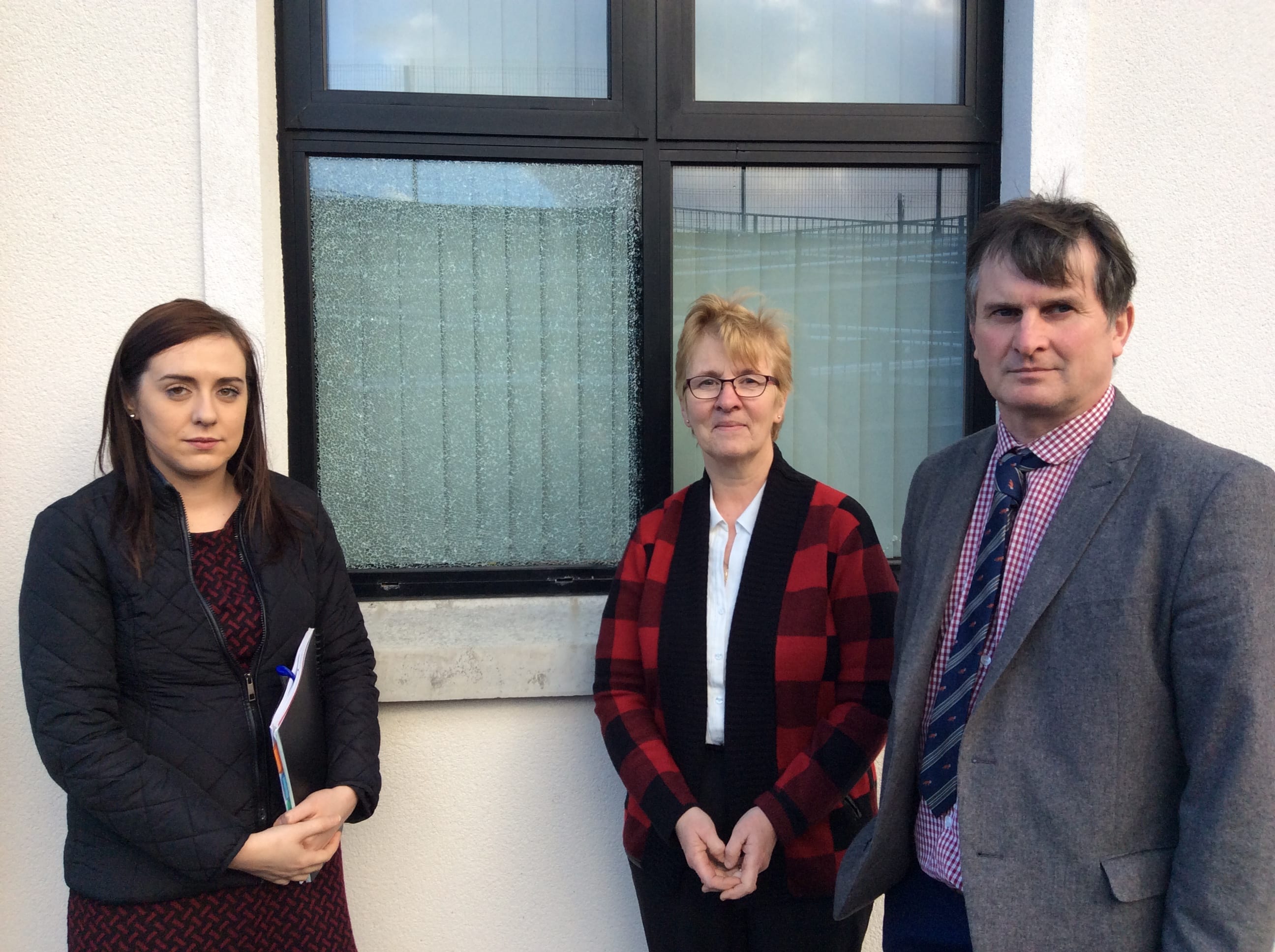 A Newry and Armagh MLA has met with senior staff at a south Armagh primary school after a number of reported break-in attempts this week.

Megan Fearon condemned those who tried to gain entry to Dromintee Primary School during the early hours of Wednesday morning.

The Sinn Fein representative met with Principal McMahon and Vice-Principal Terry O’Hanlon to discuss the incidents.

She called for vigilance and anyone with information to make it available to police. “While the thieves who prey on our communities have never been a noble bunch it is particularly low to target a primary school,” she said.

“At a time when Tory cuts are destroying the education budget our schools need all the help they can get, not added expense.

“I’d urge anyone with any information about these incidents to contact the PSNI.”