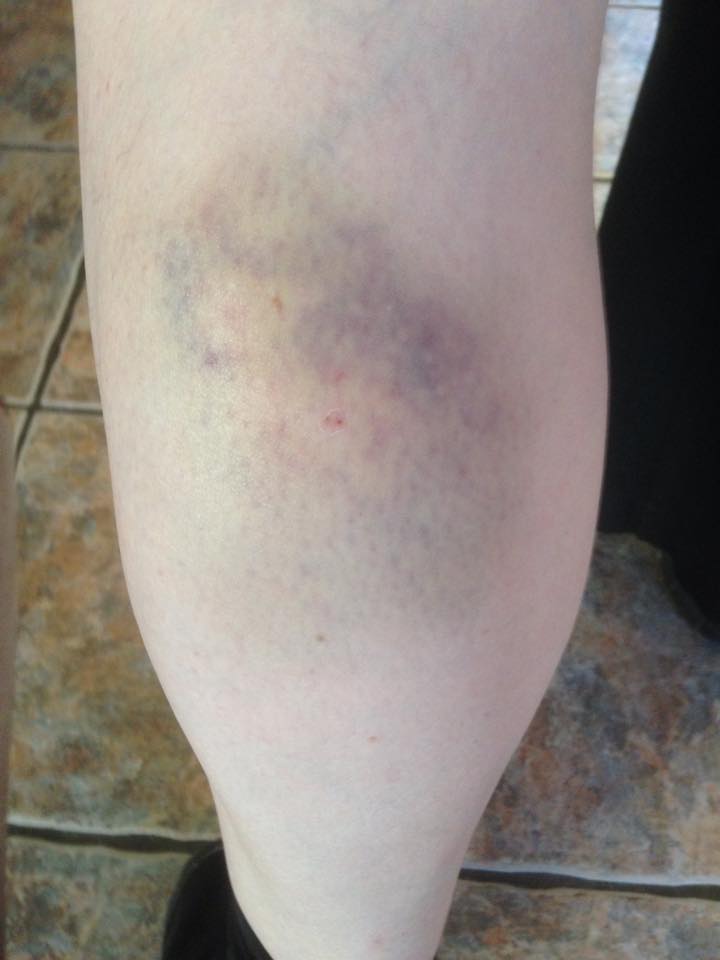 A man whose sister was bitten by a dog in Bessbrook has called on the authorities to take action before someone is seriously injured – or worse.

The man, who did not wish to be named, contacted Armagh I after we reported on Friday how postal workers had withdrawn their services from the Dobson’s Way development in Bessbrook. Our picture, which shows serious bruising to the leg, was taken the day after the man’s sister was set upon.

Councillor Roisin Mulgrew said she had been inundated with complaints regarding vicious dogs over the last number of weeks.

She said: “I have followed up these complaints by talking to the dog wardens, Environmental Health and Clanmil Housing Association.

“It would appear that while the attacks have been numerous no-one has made an official complaint which would allow the council to pursue the option of removing the dogs through legal means.

“I hope the latest attack, which involved the local postman, will be followed through by Royal Mail.”

The man who contacted us said his sister was bitten on the leg by a dog in the area on Friday, September 25.

And he says the matter has been brought to the attention of the authorities.

He told Armagh I: “It was reported to the PSNI that night and to Newry, Mourne and Down Council’s environmental health on the Monday.

“An official visited her at the end of the week, Friday, October 2.”

The man alleged that another woman was bitten since.

And he claims that, despite “several official complaints” being made, to date “nothing has been done”.

Councillor Mulgrew said it was “ultimately the responsibility of dog owners to take control of their animals”, adding: “While I appreciate how attached you become to a family pet the safety of a community must be paramount.”

A spokesperson for the local council confirmed they were aware of the incident in which the woman was bitten.

“Newry, Mourne and Down District Council is aware of the incident and are taking the necessary steps, within our powers, to ensure the dogs are kept (under) control,” she said.