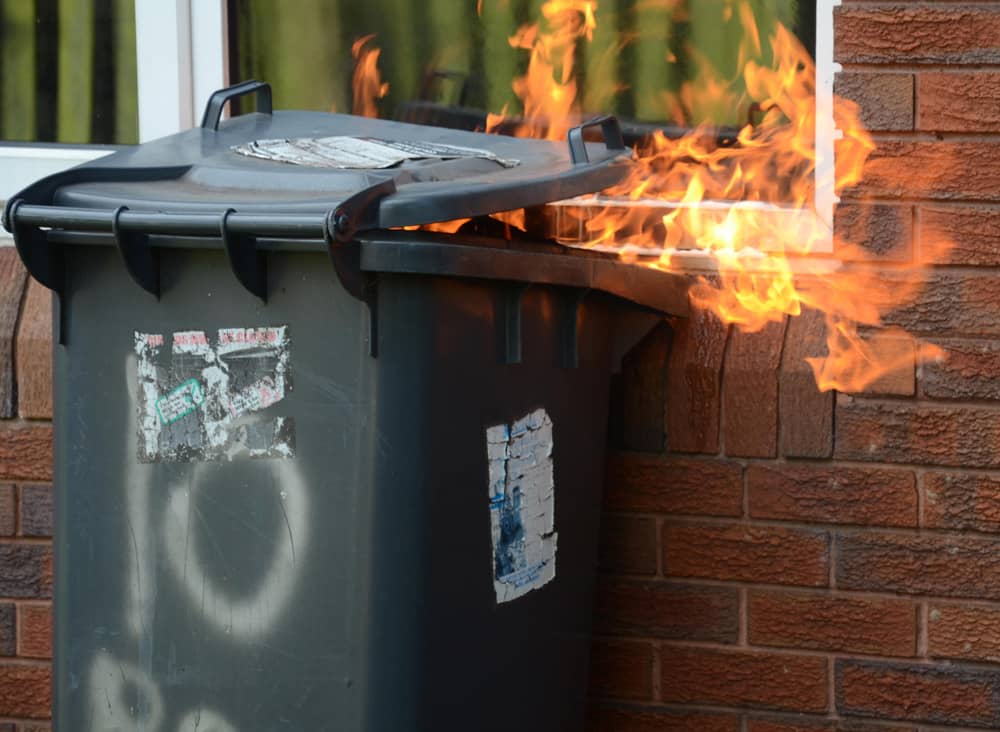 Wheelie bins were set on fire during a vandalism spree in Bessbrook this week.

The anti-social activities – which also included a tent being torched – has led police to advise parents to know where their children.

Police are also appealing for information following a string of incidents, which happened between Tuesday night and Wednesday morning, May 31 and June 1.

A number of bins were set on fire in the O’Donoghue Park, Fountain Street and Mount Charles South areas.

A tent that was in the front garden of a house in the Orior Park area was also set alight, while number plates were ripped off a car and soil was thrown over another vehicle in the Mount Charles South area.

Sergeant Alistair Kenmuir said: “Firstly, this is dangerous behaviour. Fire can spread easily in an urban area and a number of oil tanks were nearby. This could result in someone being seriously injured.

“I urge parents and guardians to make sure they know where their children are, what they are doing, to talk to them about the danger of getting caught up in this type of activity and the possible outcomes they could face if they are found committing any offence.

“Young people should know the consequences of their actions when they get involved in this type of behaviour. What might seem like fooling about can often result in a criminal record which can affect travel, education and employment opportunities in the future.

“I am also very aware of the effects that this sort of behaviour has on local residents, it can really blight everyday life. I would ask anyone who knows anything about these incidents, or who can provide any information in relation to anti-social behaviour in their area, to contact us at Newtownhamilton Police Station on the non-emergency number 101. With the right information coming through to us, we can all work together to eradicate these kinds of senseless acts.”

The incidents have been condemned by local SDLP Councillor Kate Loughran.

“I totally condemn the actions of those responsible for these acts of arson which serve no purpose other than, the destruction of property, endangering people, and engaging the emergency services,” she said.

“The damage done through these actions will have to be paid for and inevitably the cost will fall on the ratepayers.

“I would ask anyone who has any information which may be of assistance to the police in bringing those responsible to book to contact the PSNI through the usual channels.”