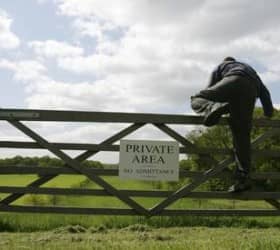 Police in Armagh are asking the rural community and anyone who homes animals in fields to be alert to theft attempts.
The request follows two incidents in the Upper Lisdrumchor Road area of Glenanne over the last number of weeks.
In one of the incidents two ponies were moved to a different field and in a second incident one of the ponies had a leather head collar cut off.
The owner believes that these may have attempts to take the ponies. A green coloured jeep, towing a cattle trailer, was seen in the area around the times of these two incidents.
Constable Boyd, Armagh Response, said: “We are asking everyone to be vigilant. If you see something which feels suspicious or does not look  right please contact us immediately. Many locations where animals are kept are remote and we need information from people who are familiar with the locality to prevent and detect crime.”
Police can be contacted on the 101 non-emergency number or in  an emergency, dial 999.