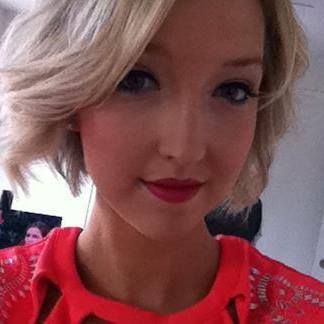 An uncle of Danica Nugent, who died after an early morning accident in Crossmaglen, has said the family have been devastated by the loss.

The 23-year-old, from Tassagh, died after a single vehicle road traffic collision on the Newry Road at 3.30am.

Cathal Boylan, Danica’s uncle, said: “Everybody is in absolute shock that Danica is gone.”

Danica, a recent graduate of Queen’s University in Belfast, was the daughter of Damian and Siobhan, sister of Matthew and Ethan, granddaughter of Mary and Eugene Reilly, of Newtownhamilton, and of Peggy Nugent, Dundrum.

“She was such a bright, popular, loving girl. Everyone who met her loved her,” said Mr Boylan.

“She had just graduated from university and was about to start a Masters. She had the whole world at her feet. We cant believe she’s been taken away so early.

“Her friends and family are absolutely devestated. A bright light in all our lives has gone out.”

Funeral arrangements are being undertaken by Mones and details will follow.

A 25-year-old man has been arrested on suspicion of a number of motoring offences and is currently in custody assisting police with their enquiries.

Councillor Sharon Haughey-Grimley, who is from the area, passed on her condolences to the family.

She wrote on Facebook: “Totally devastated for the Nugent family and all of Danica’s loved ones and friends. There are no words, but God must have another plan for her as an angel. May she rest in peace xx.”