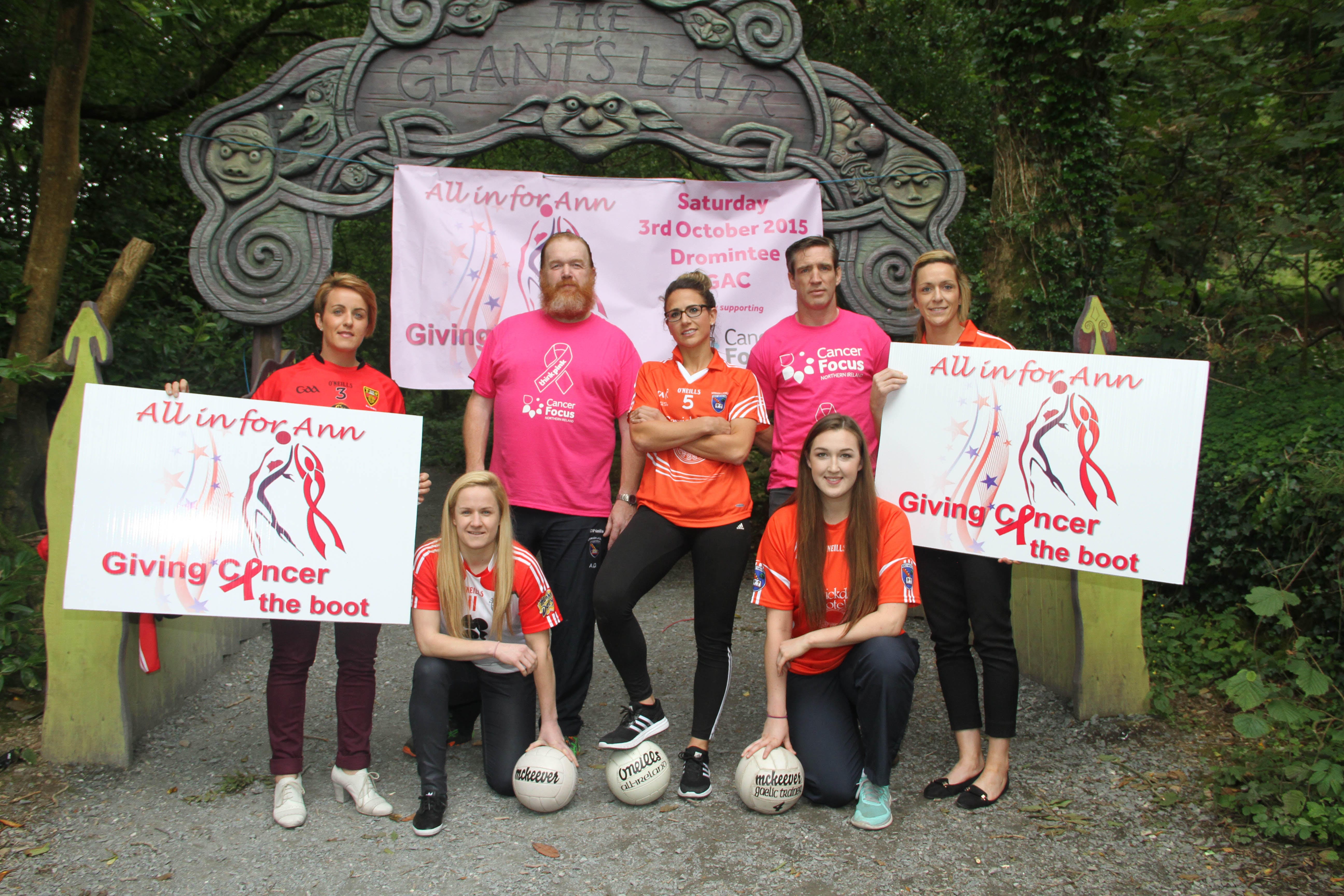 Excitement is building ahead of a fundraising match next month in memory of Ann Daly, the former Armagh Ladies GAA secretary, who passed away last year after a lengthy battle with cancer.

Much-loved and highly respected, some of the best names in the sport have rallied round in support of the ‘All in for Ann’ initiative, raising money in her memory. The idea was that of Ann’s husband, James Daly, the former Armagh Ladies manager who resigned earlier this month.

James had wanted to give something back and show support for a charity that was close to Ann’s heart. And now a very special match will be played at Dromintee GAC, with the proceeds going to Cancer Focus Northern Ireland.

Armagh GAA manager Kieran McGeeney and Armagh Ladies Captain Caroline O’Hanlon, joined with James and daughter Katie Daly, Ulster and Armagh star, to help launch the unique event. They were joined in the iconic setting of the ‘Giant’s Lair’, which overlooks the Dromintee venue, by Armagh’s Sharon Reel and Ulster and Tyrone star Gemma Begley.

The match will see the best ladies’ footballers in the country come together to play in an Ulster v Rest of Ireland select side on Saturday, October 3. The field of players assembled is extraordinary by any standards and it promises to be a high quality game played for a great cause.

It will be followed by further social and fundraising elements in the adjoining marquee.

The Rest of Ireland team have received a huge boost ahead of the clash, as legendary Cork manager Eamon Ryan will take charge of the reins for the night. With ten Senior All Ireland Football titles already on his CV, the Rebelettes leader will hope to have a record setting eleventh success under his belt by the time we throw in. You can also show your support for this fantastic fundraising effort by visiting  https://www.justgiving.com/AllinforAnn