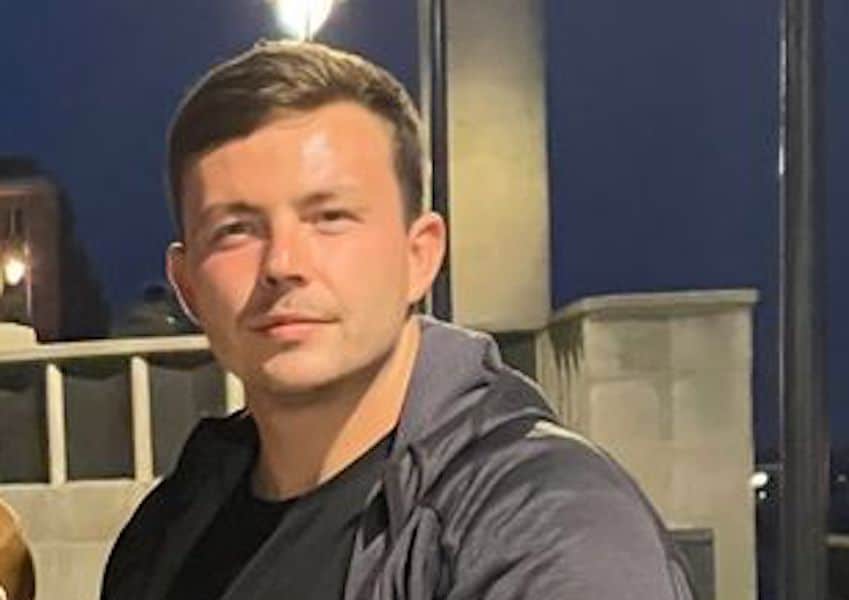 Two men convicted of the murder of a Co Armagh dad-of-two in a Merseyside street last year have been jailed for life.

Patrick Boyle, 26, and originally from Lurgan, was shot twice in the chest in Newway, Huyton on the evening of July 1, 2021. He was taken to hospital but was pronounced dead a short time later.

Thomas Walker, 20, of no fixed abode, admitted possessing ammunition with a certificate on a date before the shooting. He was sentenced to two years in prison.

Detective Chief Inspector Steve McGrath said: “This was a cold and calculated act which resulted in the murder of a dad-of-two on a street in broad daylight.

“Reuben Murphy and Ben Doyle continued to deny their involvement in Patrick Boyle’s death, forcing his family and friends to endure a criminal trial played out in public.

“They will now spend a considerable amount of time behind bars for their actions.

“This case shows all too well the grim reality of arming yourself with a gun and I hope that it acts as a deterrent for others thinking of doing the same.

“Not only have the actions of Murphy and Doyle on that night resulted in the untimely death of a young man, but it has had a massive impact on their victim’s children, family and friends as well as their own family and friends.

“Gun crime is never acceptable and Merseyside Police will continue to do everything in its powers to find the people carrying and using firearms and bringing them to justice.

“I would like to take this opportunity to thank the investigation team and the Crown Prosecution Service for bringing this case to a successful conclusion.”

A victim impact statement prepared by Patrick Boyle’s partner, Ashleigh Dean said she had only been with Patrick 14 months when he died “but it felt like an eternity”.

“The day we met we had an instant connection. It really was ‘love at first sight’. We met in the May of 2020 and were living together by the January 2021. We had both planned our future together and had a list of adventures we wanted to do on and places we wanted to see.

“Paddy was like no one I have ever met before. He was a big gentle giant with a heart of gold. He was the most loving, caring, funny and sentimental person. He was one of a kind – always with a cheeky smile on his face and he gave the best cuddles. He really did make me the happiest girl in the world. He lived and loved his family very much. He spoke highly of them all. He was very family orientated and used to always speak about his mum, dad, brothers, sister and the rest of the family and what they used to do when they were growing up in Ireland and then Liverpool.

“The 1st of July 2021, my whole world was shattered into a million pieces. It started off a normal day. I was getting ready for work. Me and Paddy were talking about what we were going to do that night. We always used to take ‘Nasha’ our dog for a nice long walk somewhere mainly down the Albert Dock or to the beach.

“We gave each other a hug and kiss and said ‘love you’, then I left for work. That was the last time I saw him alive. If I’d known this I would have never let him go.

“The last text I got off him was 5.30pm telling me he would be home soon.

“I told him I was having a nap after work, I was then woken up to all this banging on the windows and door. It was Paddy’s mate telling me something had happened and that Paddy had been in an accident. He then told me that Paddy had been shot. My head started spinning. Paddy’s dad then phoned me. I went to pick him up and we made our way to Whiston Hospital.

“When giving Paddy’s name in at reception, they told us to go round to the side entrance where we were met by lots of police and doctors who took us into a room and told us Paddy had died. My whole world shattered into a million pieces because of these two people here who took him from me.

“Paddy was killed four days before his 27th birthday. Instead of celebrating his birthday on the 5th of July I was visiting him in the morgue with his birthday cards. Seeing him there was the hardest thing I have ever had to do. We were meant to be going to Cornwall the Friday after his birthday but instead I was over in Ireland for his funeral.

“I was nine weeks pregnant when Paddy was killed by these evil people. We were both so excited to be a little family and were excited for our first scan so we could tell our families our happy news. All this didn’t happen because of the two defendants. He never got to go to our first scan or got to find out what we were having or be at the birth. They have robbed our son of ever meeting his amazing daddy, us both of our future as a family and memories, no photographs to show him when he’s older of us together as a family.

“I didn’t just lose my boyfriend on the 1st of July 2021, but my best friend and soul mate too. Paddy was my safe place and biggest adventure. He was taken far too soon.”