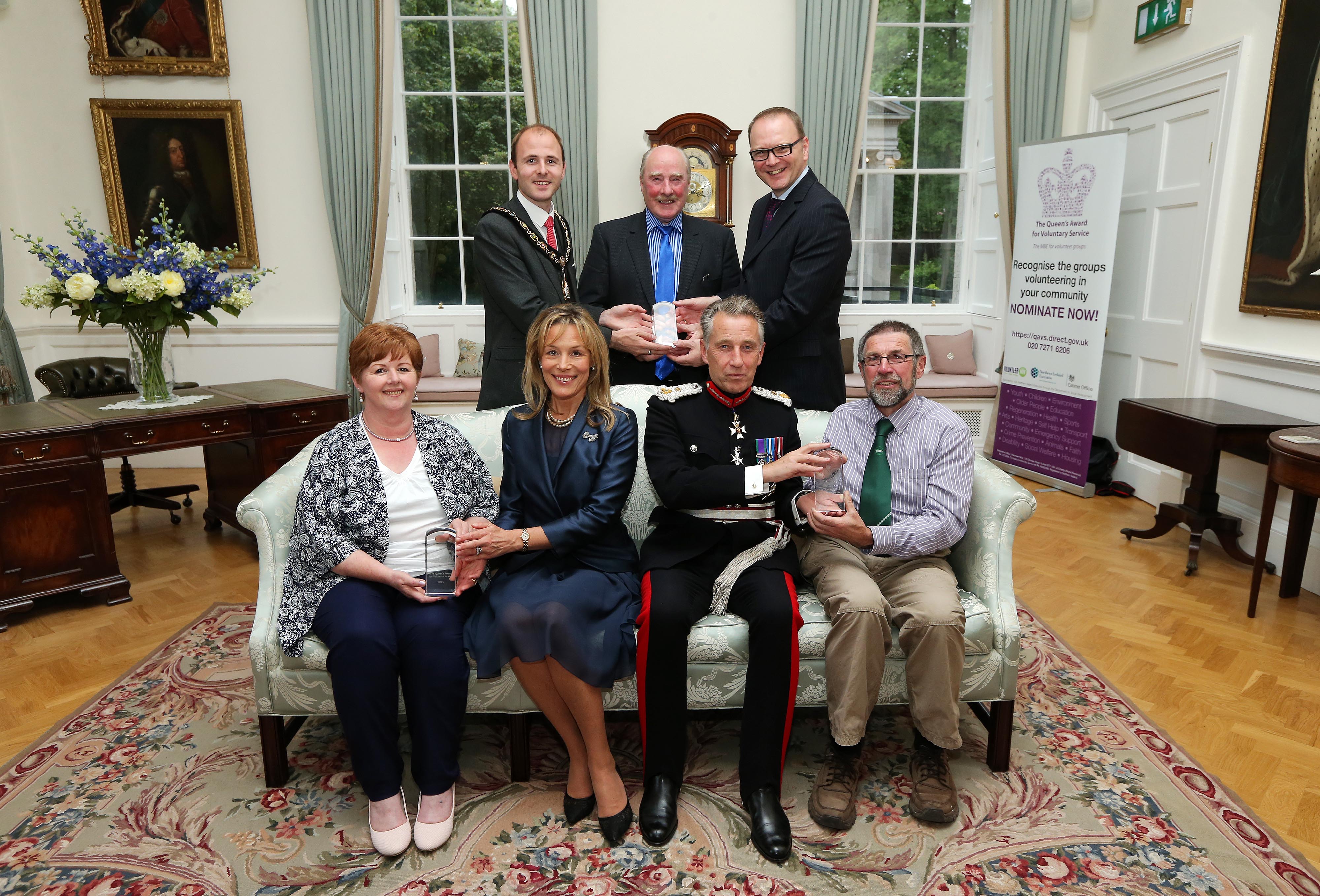 The Lord Mayor of Armagh City, Banbridge and Craigavon, Councillor Darryn Causby had the pleasure of hosting the presentation of the Queen’s Award for Voluntary Service to three groups in County Armagh, Care in Crisis, Newry and Portadown Branch – Inland Waterways Association of Ireland and Redrock Development Partnership – Tuesday Club which was conducted by The Lord Lieutenant of County Armagh, The Right Hon.

The Queen’s Award for voluntary service is the highest award presented to local volunteer groups across the UK to recognise outstanding work done in their communities.

This year there are 187 winners from across the UK, representing a variety of inspiring organisations with three being obtained in County Armagh.

Care in Crisis, located in Lurgan are being recognised for their work with residents experiencing high levels of deprivation over a prolonged period of time.

The group provides much needed counselling and an emotional and psychological support service to vulnerable people of all ages. Redrock Development Partnership -Tuesday Club are being recognised for their provision of regular social occasions for over 100 retired men and women living in rural areas which reduces feelings of isolation.

Informative talks are provided by suitable professions to identify and discuss issues impacting the older generation. The Newry and Portadown Branch – Inland Waterways Association of Ireland are being recognised for their work to the Newry Portadown Canal restored as a navigable waterway linking in to the all-island network of canals.

Work by the volunteers ranges from practical clean-ups and environmental enhancement to high quality contemporary technology based projects.

Numbers using the canal towpath have increased significantly as a result of the enhancement.

Lord Caledon commented: “These three outstanding groups represent the very highest standards in voluntary work, dedication to others, and selfless commitment to the community. Volunteers and Voluntary Services form the backbone of our province – and I should like to express my gratitude to them for their considerable achievements and for the valuable work they continue to carry out”.

Lord Mayor Causby commented: “Armagh City, Banbridge and Craigavon Borough Council is delighted to be associated with this celebration, I would like to thank Lord Caledon for allowing us to be part of such an auspicious occasion.

“We are very proud to have no less than three groups from County Armagh being recognised for their amazing work at the highest possible level, with her majesty The Queen, endorsing their contribution to our society and I am delighted to congratulate the groups on behalf of all of our citizens”.