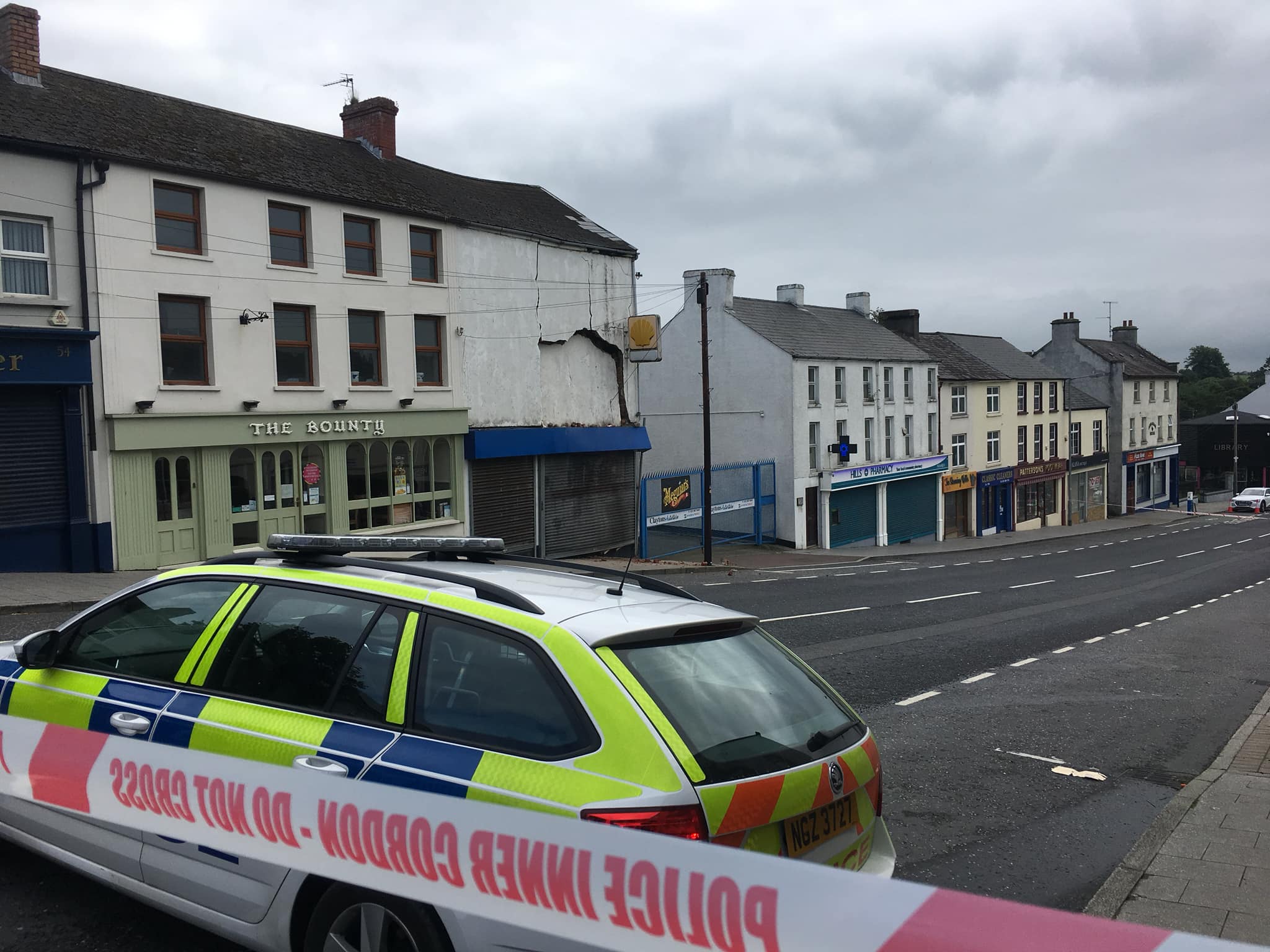 The Main Street in Tandragee has been cordoned off with a building perilously close to collapsing.

Police have erected a cordoned close to the derelict building which is situation next door to The Bounty.

A spokesperson confirmed: “The Market Street in Tandragee is closed due to a partially collapsed building in the area.

Motorists are advised to avoid the area and seek alternative main routes for their journey.”

Fortunately, the structural movement was spotted in time.

DUP Alderman Gareth Wilson commented: “Obviously the safety of pedestrians on the footpath and road users is paramount, hence the decision to close the Main Street area.

“People should follow the diversions in place whilst the building is attended to and made safe.”

Building control have been tasked to the scene.

Independent Unionist Councillor Paul Berry said it was a major inconvenience for motorists and businesses in the town who would be badly affected.

“This needs urgent attention by the property owner so that this road and businesses can reopen as soon as possible,” he said.

“The council officials are on site and I have been speaking to them along with the PSNI.

“The Recreation Centre gates have been opened temporarily to ease the traffic flow but I would ask that people drive with caution through Montague Street, Cornmarket Street and Austin Drive as this is a built up area.”