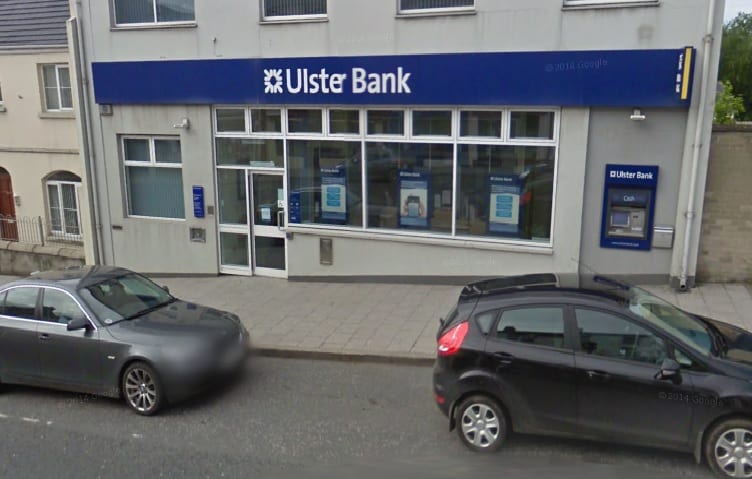 The second of Co Armagh’s Ulster Bank premises to be closed last December has now been put up for sale.

The Tandragee branch at Market Street in the town was closed along with the Newtownhamilton branch in a shock move before Christmas.

Today, Lambert Smith Hampton has been instructed to put the property on the market.

The two-storey Tandragee property, which occupies a prominent position at Nos 73-77 Market Street, is inviting offers in the region of £115,000.

It goes on the market on the same day as a County Tyrone branch, at Caledon Road in Aughnacloy, is also advertised for sale at £95,000. In advertising the building for sale, the estate agent says it would be suitable for a variety of uses or redevelopment.

The property consists of a former banking hall, at ground floor, with two private offices, strong room and store, whilst the first floor provides a further five offices and rooms, staff kitchen and toilet facilities.

Just six days ago the former Ulster Bank premises in Newtownhamilton was put up for sale.

The branch, based at 12-14 The Square, was one of 10 across the Province announced for closure last November.

Ulster Bank announced plans to close the two county Armagh branches in a move which was widely condemned.

Business dealt with in Tandragee was transferred to the Portadown Branch, while customers who use the facility in Newtownhamilton were being advised to go to Newry.