Swords drawn at launch of annual Sham Fight in Scarva 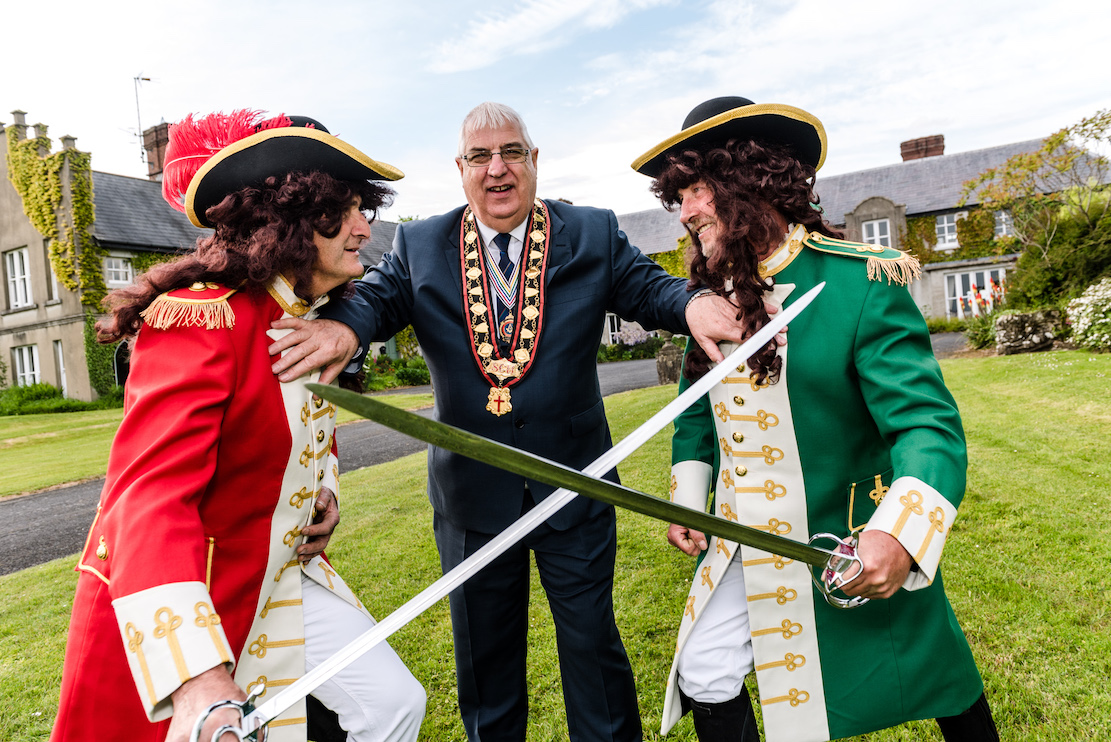 Scarva is set for another significant clash of the kings this summer.

Tens of thousands are anticipated to converge on the idyllic village on July 13 for what is one of the most colourful and enjoyable events in Northern Ireland’s cultural calendar.

The annual mock clash between King William and King James is now firmly established as a major tourist attraction.

The seminal battle is preceded by a large-scale loyal order parade, incorporating members of the Royal Black Institution and numerous bands.

Its members make up the organising committee responsible for running the flagship event.

He said: “The Sham Fight at Scarva is undoubtedly one of the stand-out occasions of Northern Ireland’s summer.

“It is a wonderful event, organised by a local group of dedicated people, who ensure that the tens of thousands of spectators and the people taking part, can enjoy the day.

“We know that people keep coming back every year. But, for those who have never been – they are missing out on something really special.”

Worshipful master of RBP 1000, Craig Adair, said: “Scarva is truly an amazing occasion packed with music and pageantry, a day the whole family can enjoy and an event that attracts visitors from near and far.

“We are very proud to host the Sham Fight, on this our centenary year, and look forward to another memorable occasion.”

This year’s event at Scarva will see the return of a cultural field, with something for all the family, including musical entertainment, highland dancing and other activities.

New uniforms for King William and King James were formally dedicated at a service at the weekend. The period costumes will make their first public appearance at the Sham Fight.

The highly anticipated set piece between the two rivals at Scarva Demesne will follow the annual parade through the small village.