Relieved rider confirms news and thanks all who played their part 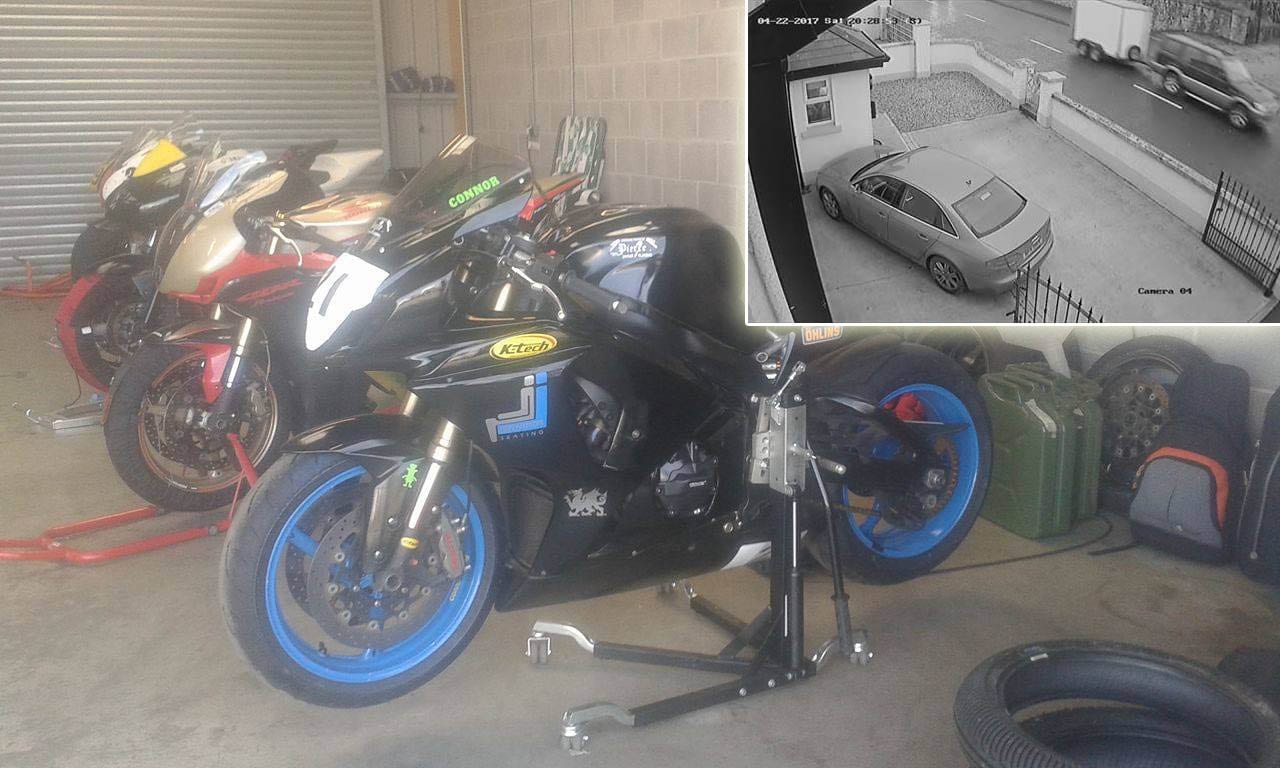 A motorcyclist who was robbed as he returned from the Tandragee 100 has had his prize bike recovered.

Alan Connor had pulled in to the Carrickdale Hotel last Saturday evening.

He was on his way back from the Co Armagh road race meeting when he stopped off between Newry and Dundalk.

When he came outside, he found that an Ifor Williams trailer, containing his bike, wheels and other items, had been taken.

He issued an appeal which was shared thousands of times via social media.

CCTV footage emerged showing the trailer being towed by a black vehicle through south Armagh.

Mr Connor has now reported the good news and confirmed that his “bike and trailer have been recovered”.

There are no full details af this stage as to where the stolen property was located or whether or not any arrests were made.

But Mr Connor has expressed his delight and hailed the efforts of all who played their part by sharing the appeal and doing their bit.

He said: “Thanks to all who helped in the search, especially all the good people of the North Louth, South Armagh and Newry area.”

Friends and complete strangers, stunned by the actions of the callous thief who took the bike and trailer, have also been thrilled by the outcome.

One, welcoming the news on Facebook, said: “Glad ya got it back Alan good luck for the rest off the season.”