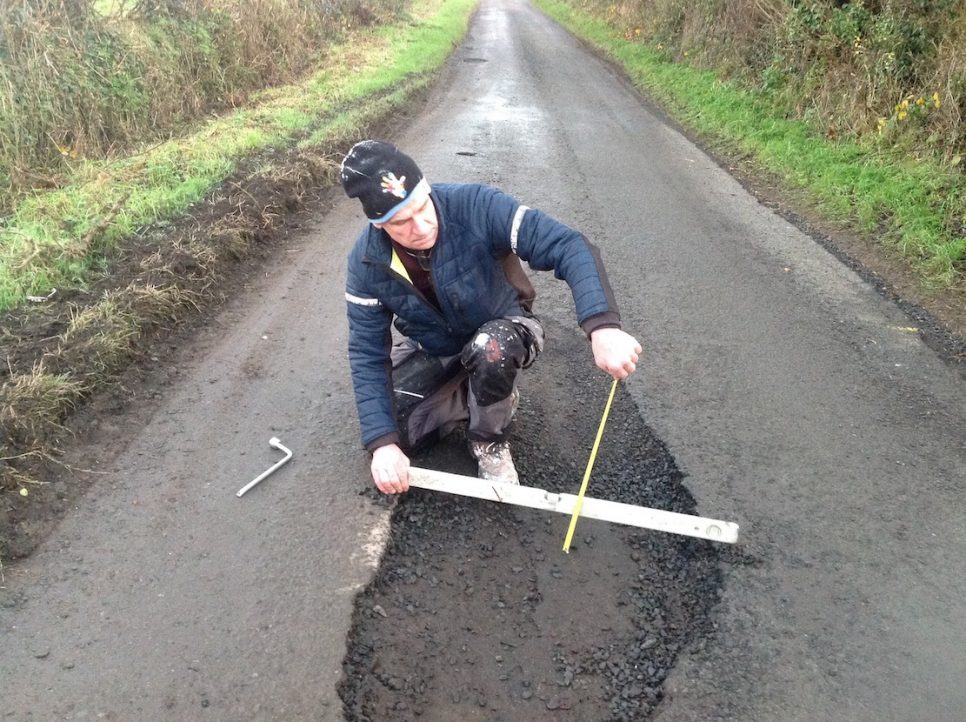 And with winter upon us, the worsening situation looks like spiralling out of control once more, it has been warned.

Sinn Fein councillor Terry Hearty said the Department for Infrastructure must face its failures and has called on the Roads Service Southern Division Manager, Simon Richards, to visit south Armagh.

“I have been repeatedly raising the issue of the ever worsening state of rural roads in South Armagh with DFI Roads Service,” he said.

“Roads are becoming more and more dangerous as potholes go unchecked, getting bigger and bigger, especially now that we’re in the winter months.

“Some of these potholes are six and seven inches deep, well past the point at which DFI Roads are required to act and become responsible if something happens.

“Some of these potholes have been let deteriorate for so long that a problem which could have been solved by a few shovels of tar a year ago will now require whole sections of the road to be dug up and resurfaced.

“This is a serious failure of management.”

Councillor Hearty says cars are regularly damaged going over these potholes and people are forced to zigzag around to avoid them.

“With it being dark before 5pm in the evening now it’s only a matter of time before these roads cause an avoidable and unnecessary accident,” he added.

“I want Division Manager Simon Richards to come to South Armagh and I will personally show him the sheer depth of the problem and the urgency with which it needs to be fixed.

“I’d also add that having spoken to my colleagues in the council; this doesn’t seem to be an issue in the Downpatrick Section Office.

“We’re told that money is evenly allocated per kilometre of road and yet the roads covered by the Newry Section Office, at least in south Armagh, are a threat to life and limb, while there are no such issues in Downpatrick.

“There have to be serious questions asked either about how and where this money is allocated or how the Newry Office budget is being managed. 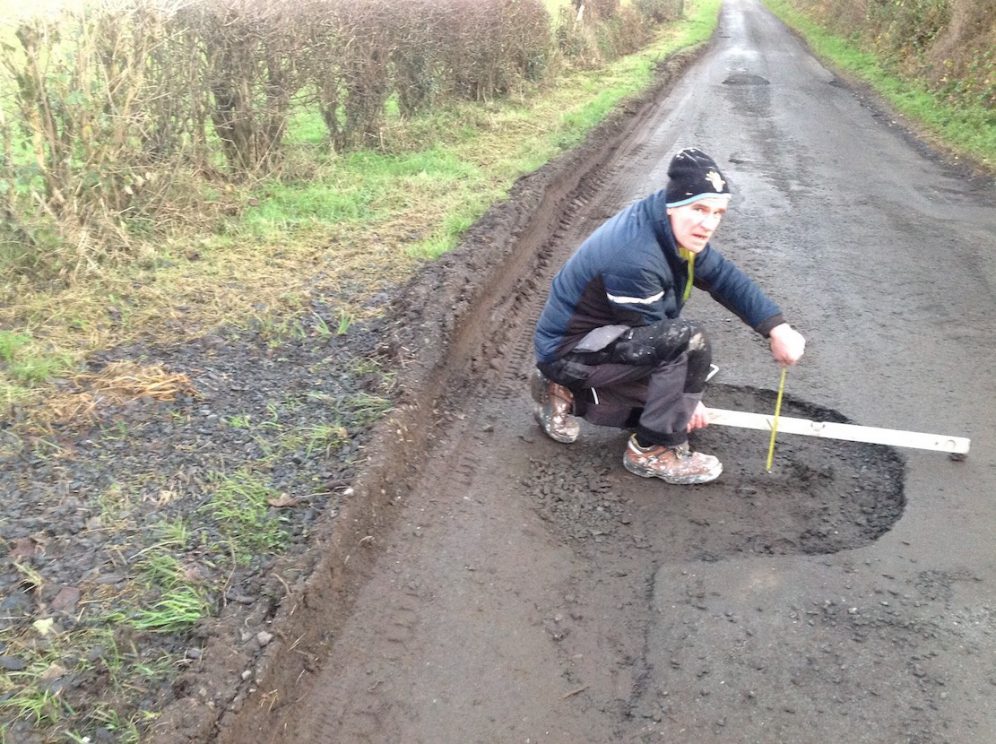 “Either way, South Armagh is being shafted once again and as we come into another winter with roads already lying in rubble it’s only going to get worse.

“Mr Richards needs to come to South Armagh, as soon as possible, to see the reality of the situation for himself. We need urgent action now or not very far down the road we will be facing into a storm of expensive road resurfacing, accidents, injuries or worse.”