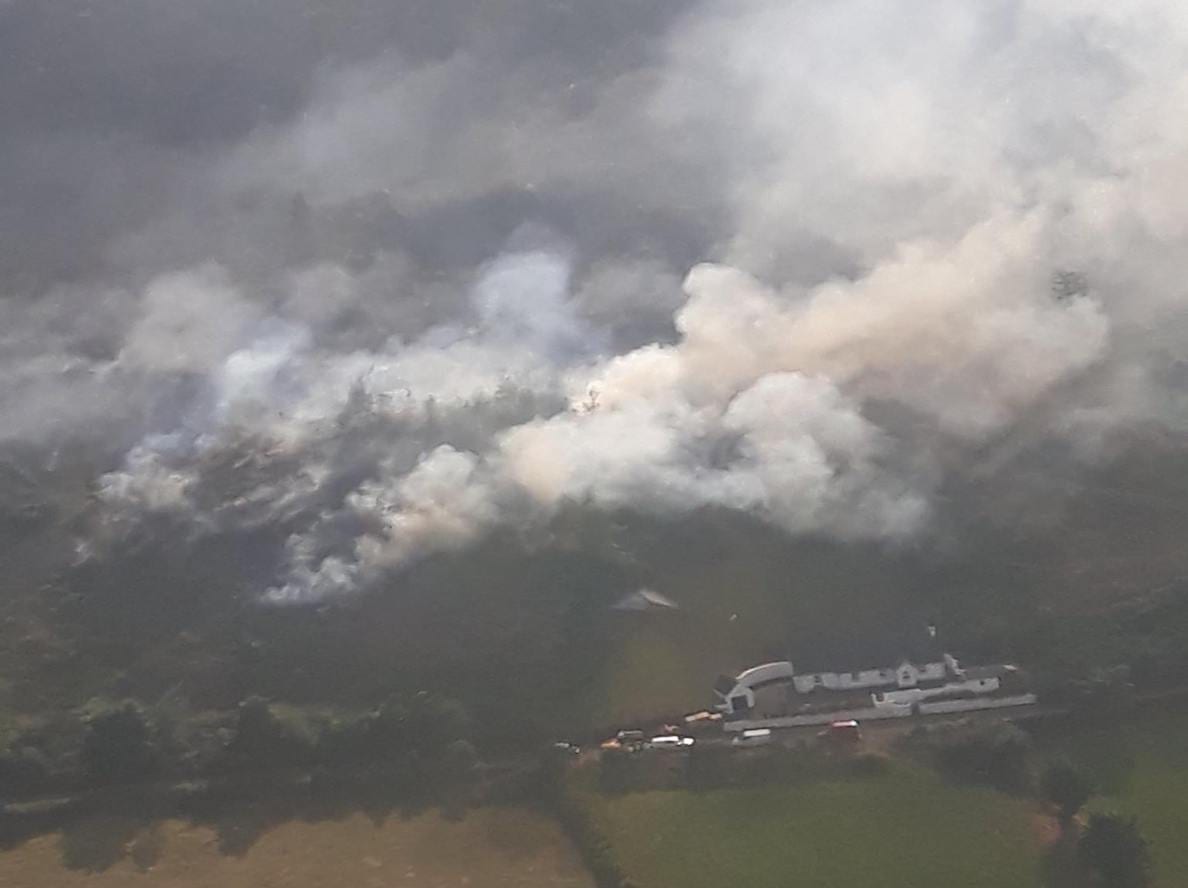 Fire crews are still battling a gorse fire five days after it was set alight in south Armagh.

The blaze is perilously close to homes in the Meigh area, as well as an area of scientific interest.

However, crews from 19 stations across Northern Ireland and the Irish Air Corps have been working relentlessly on preventing the spread of the fire.

SDLP Slieve Gullion councillor Pete Byrne has praised the efforts of all those involved.

“I would like to place on record my own thanks and the thanks of the entire community to those involved in this cross border effort to bring the Slieve Gullion gorse fire under control,” said councillor Byrne.

“We should all be grateful to those who are working in difficult conditions to protect us and our environment.”

He added: “The swift response to our call for assistance from the Air Rescue Co-ordination Centre is reportedly having a positive impact with 90,000 litres of water being dropped by the Irish Air Corps.

“While the images coming from Slieve Gullion are spectacular I would call on local people to be vigilant.

“I would urge anyone availing themselves of local hill and mountain areas, to exercise extreme care and caution. We must continue to follow advice from the Fire and Rescue Service to help prevent gorse fires.”

A spokesperson for Newry, Mourne and Down Council, said: “The emergency services have requested that people refrain from walking on the summit of Slieve Gullion and from visiting the area of the Ballintemple fire until further notice, as it is hindering their operations.