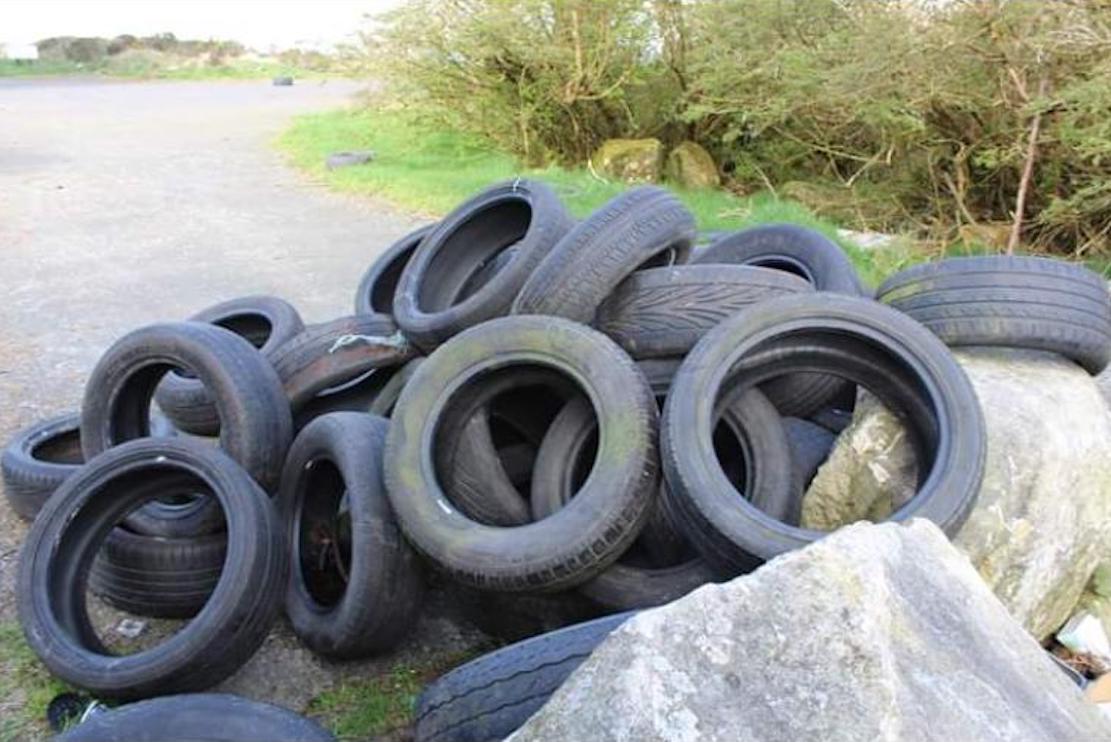 Dozens of tyres have been dumped at a popular south Armagh viewpoint.

Bags of rubbish have also been strewn across the Ballintemple viewpoint area, in what has been described as a shocking culture which is growing in the area.

Sinn Féin representative Oonagh Magennis hit out saying that anyone involved in illegal dumping has a “complete disregard for people, the environment and the landscape”.

Ms Magennis, commenting after visiting the site of a recent illegal dumping of materials in the Ballintemple locality said: “I have been shocked at the culture of illegal dumping that has grown throughout our area.

“These are selfish criminal acts and those involved care nothing about their neighbours, the local community or the environment.”

The Slieve Gullion Sinn Féin candidate added: “Unfortunately some within society think this is acceptable.

“Illegal dumping has become an absolute scourge on society and it is not only disgusting, it is destroying our countryside, our tourism, the environment and our wildlife.

“I would appeal to those who are carrying out these despicable acts to please desist from it immediately. They are destroying the beauty of the area they live in.

“For anyone to think dumping their waste throughout the countryside is acceptable says a lot about those people and the complete disregard for their own community.

Ms Magennis confirmed that Council environmental officers had been contacted to request the material be removed.

She added: “There are Council owned amenity sites which are accessible to all. There is no reason at all for people not to use them.”