'We have boys from both sides of the community. I just think it is brilliant. It is they way forward and I am just so proud of them, as are all the coaches' 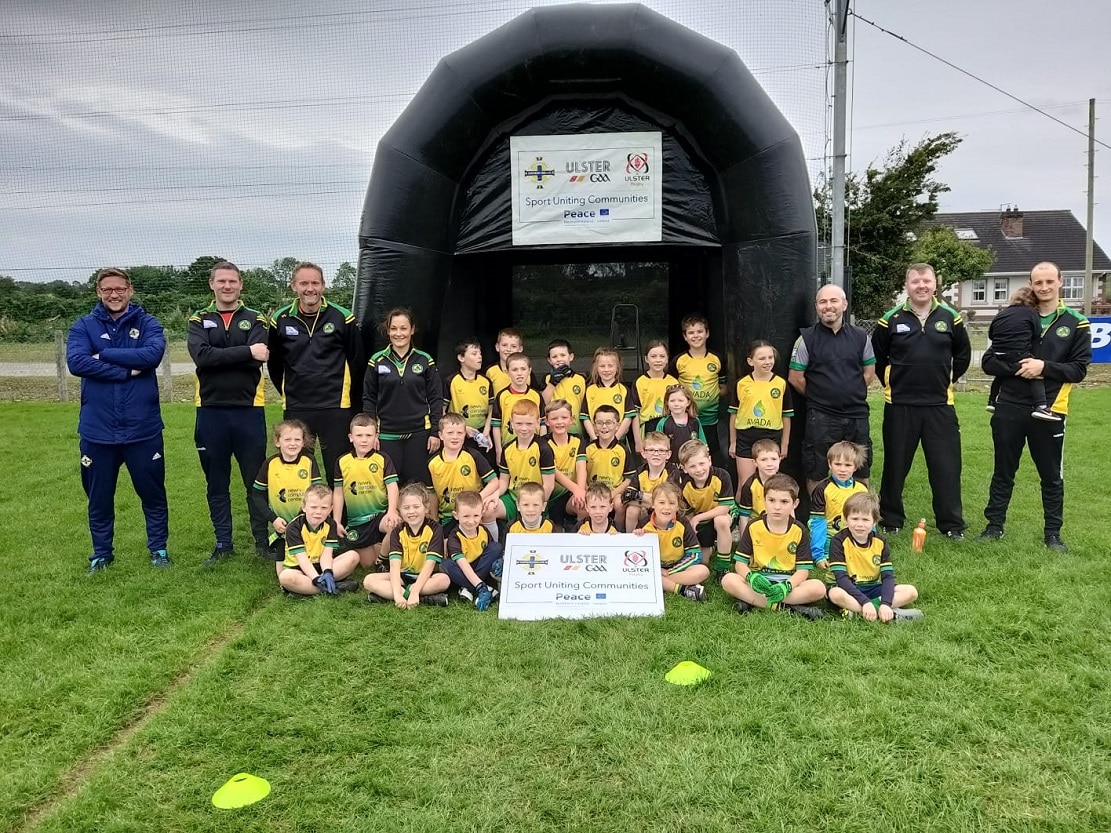 The Shamrock Gaels were only formed back in 2018, with an amalgamation of three rural GAA clubs, Clady, Lisummon and Mullabrack.

But from those humble beginnings, they now boast over 100 children in their ranks, fielding teams from under-7.5 right up to under-13s.

Speaking to Armagh I, coach Damien Mc Laughlin explained how the once “fierce” rivals came together and what it could mean for the future of GAA in the area.

“I myself come from a small rural club in Clady. We were struggling with numbers at underage and we could hardly put together a team,” he said.

“The other two local clubs, Lisummon and Mullabrack, were very much in the same boat, so we put our heads together and came up with the amalgamation.”

With that the Shamrock Gaels were born, with the famous three leaf clover symbolic of the three clubs uniting.

Last year they took part in the Sport Uniting Communities Programme, welcoming boys and girls from local soccer and rugby clubs, where they participated together in sports including Gaelic, soccer and rugby.

The day was a huge success for all involved; some of the children had already known each other, having played together in local soccer and rugby teams from the area, and everyone had a magnificent time.

So successful was it that the Shamrock Gaels plan to run the programme again this year at Lisummon playing field.

Damien said: “There are young kids with great ability and there are others with none; they all mix together, they make friends, they have fun.

“We have boys from both sides of the community. I just think it is brilliant. It is they way forward and I am just so proud of them, as are all the coaches.”

This year saw the burgeoning club take their first steps into the the Armagh County League Division three, and they have taken the league by storm, with four wins out of four so far placing them at the top of the table.

“We were not expecting it, it is not all about winning but it is a bonus,” Damien stated. “We are in what I describe at the moment as the dark days, but this is the light at the end of the rainbow.”

According to Damien, although all of this may appear seamless, there has been a lot of work going on in the background.

“We have worked tirelessly, both on and off the pitch, to make sure that the children are enjoying the experience, making sure that it is not about winning.

“It really seems to have worked. The kids are all going to school talking about it and are so happy to be involved in training and matches.”

Damien stressed the importance of sports for children, both for their mental and physical health, especially after the last year’s events.

“It gives them something to put their energy into, it is a release and it is also an outlet for the coaches,” he said. “I don’t know what I would be doing in the evenings without it.”

Talking about the future of GAA in rural Armagh, Damien believes that it may come to a point when rivalries would be put aside even in the senior sides.

“We have seen numbers drop significantly. They do as you go up with age groups as boys lose interest, it gets more competitive, they get cars, they move away.

“Even through injury, I got injured and no one came knocking so I never went back. The idea of the amalgamation going the whole way up to senior level is not out of the question.”