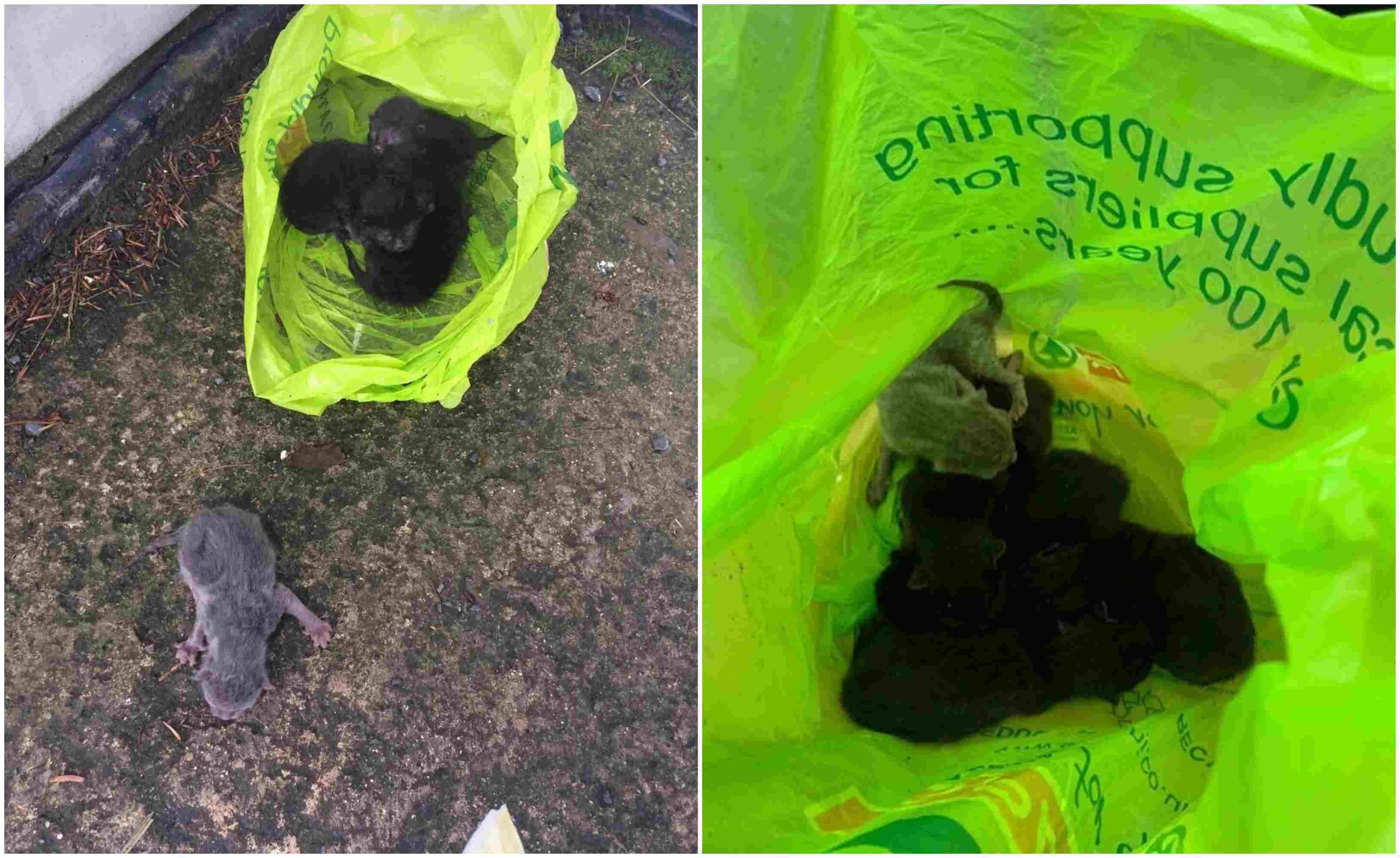 A litter of kittens left to die in a plastic bag were discovered by a group of shocked school children at a bus shelter in Mullaghbawn earlier this morning (Wednesday).

The helpless cats, no more than a day or two old, were likely dumped overnight by a “callous” and “heartless” individual.

A USPCA spokesperson explained: “These helpless new born kittens were found in a bus shelter in Mullaghbawn this morning.

“The kittens are no more than a day or two old and it is likely they’ve spent the entire night in the damp cold. ⁣
⁣
“Thank you to the kind member of the public who brought these poor things into our centre first thing this morning, were they are now being cared for.”

This follows on from a similar incident back in June whereby two kittens were found in a bin liner, which was discarded in a graveyard – again in Mullaghbawn.

Speaking at the time, the USPCA, said: “Abandoning unwanted animals is both cruel and unnecessary, had they remained undiscovered the creatures would have died within days.

“There are shelters and charities willing to help and homes can be found.

“Better still prevent the problem occurring by spaying or neutering your cat. Schemes exist to help defray the cost for those owners on social benefit.

“A female cat can produce three litters each per year with an average of four kittens each time. Within a year the females will reach puberty and numbers of offspring can skyrocket giving rise to feral cat colonies.”