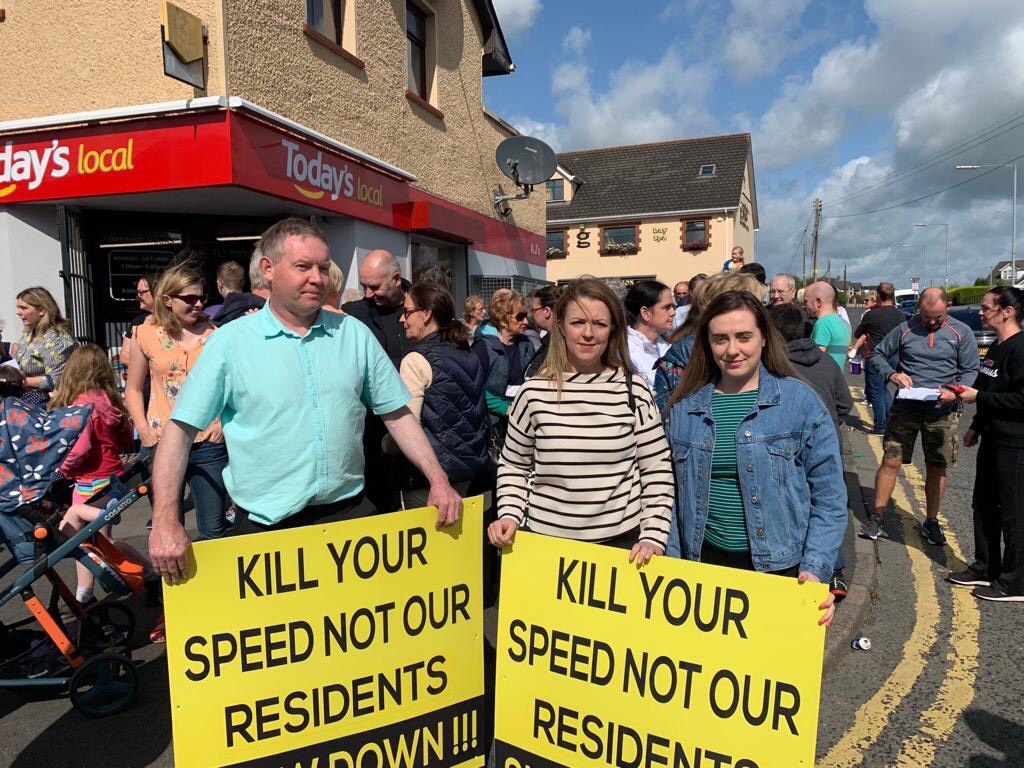 Megan Fearon MLA, and Cllrs Mickey Larkin and Liz Kimmins at the Community Rally In Meigh.

Residents of Meigh came out in force to send a resounding message to motorists to slow down as they pass through before someone is killed.

A community rally was held on Saturday, just days after the latest in a series of serious collisions in the village.

Residents held placards and listened to political representatives demand action from the powers-that-be before it is too late. 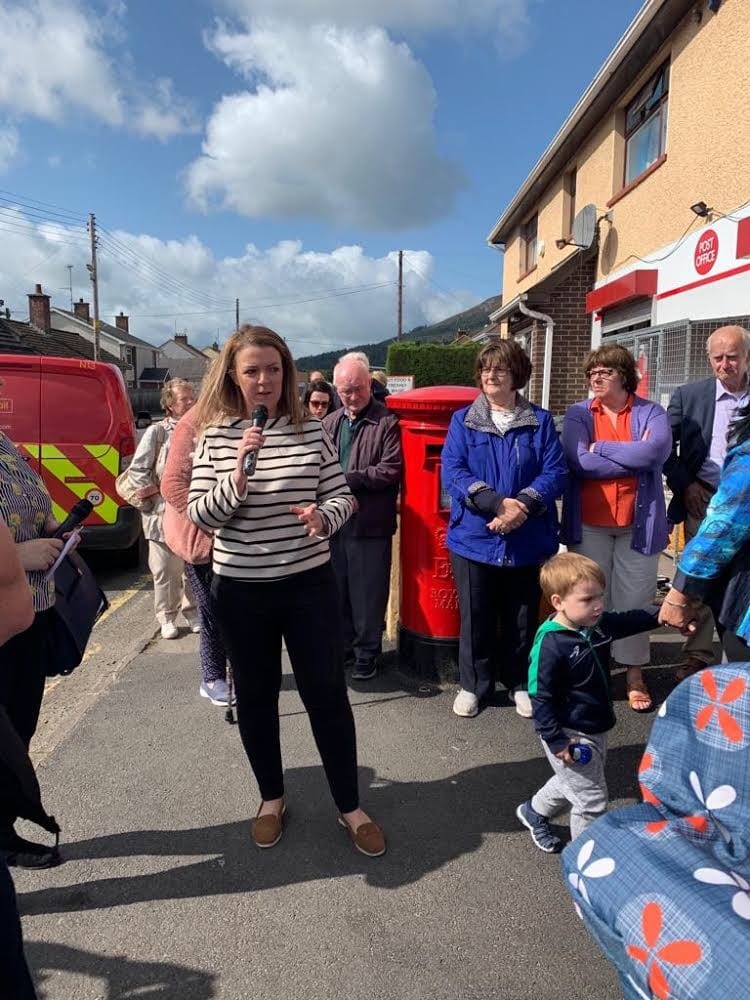 Sinn Féin Councillor Liz Kimmins said the large turnout was a clear statement to Roads Service about the depth of concern local residents had in relation to traffic speed and road management safety issues.

The local councillor, who has long been lobbying for action to be taken to address the concerns, said: “Local residents came out in their droves to show how strong they feel about the current safety issues at the crossroads in the village.

“I have been working on this issue for a number of years now and there have been several serious collisions at this location, the most recent being last Tuesday, just 24 hours after I had met with Department for Infrastructure (DfI) officials to again highlight this problem and request they reconsider their previous decisions to do nothing.

“This is a matter of life and death. It is an extremely busy junction as we saw first hand this morning, with cars approaching the village from a 60mph stretch of road into a 30mph zone, and a lot don’t slow down.

“One of the key issues faced by motorists is that people from outside the area do not even realise it is a crossroads and are driving straight through, which has been the cause of many of these collisions.

“I have also asked Newry, Mourne and Down District Council to look at this as part of the environmental impact scheme which has been planned to regenerate the village and this has been tabled for discussion at our meeting on August 29.

“In terms of road safety, I have also asked for this to be dicussed at the next meeting of the Policing and Community Safety Partnership,to see what support and assistance the local policing teams can provide on this issue.”

Councillor Kimmins praised all involved for ensuring that the issue will be kept high on the agenda and added: “It was great to see other councillors now coming on board in support of this cause.

“The residents have had enough and we need to work in partnership to send a strong message to the statutory bodies that enough is enough.”

SDLP councillor Michael Savage said: “Great turnout of politicians of all persuasions, residents and community groups in Meigh today for the rally calling for urgent traffic calming measures in the village.

“This needs to happen now before someone is killed.

“Many thanks to Liz Spence for bringing everyone together. We will not stop until the speeding Issue is dealt with and lives are protected.”