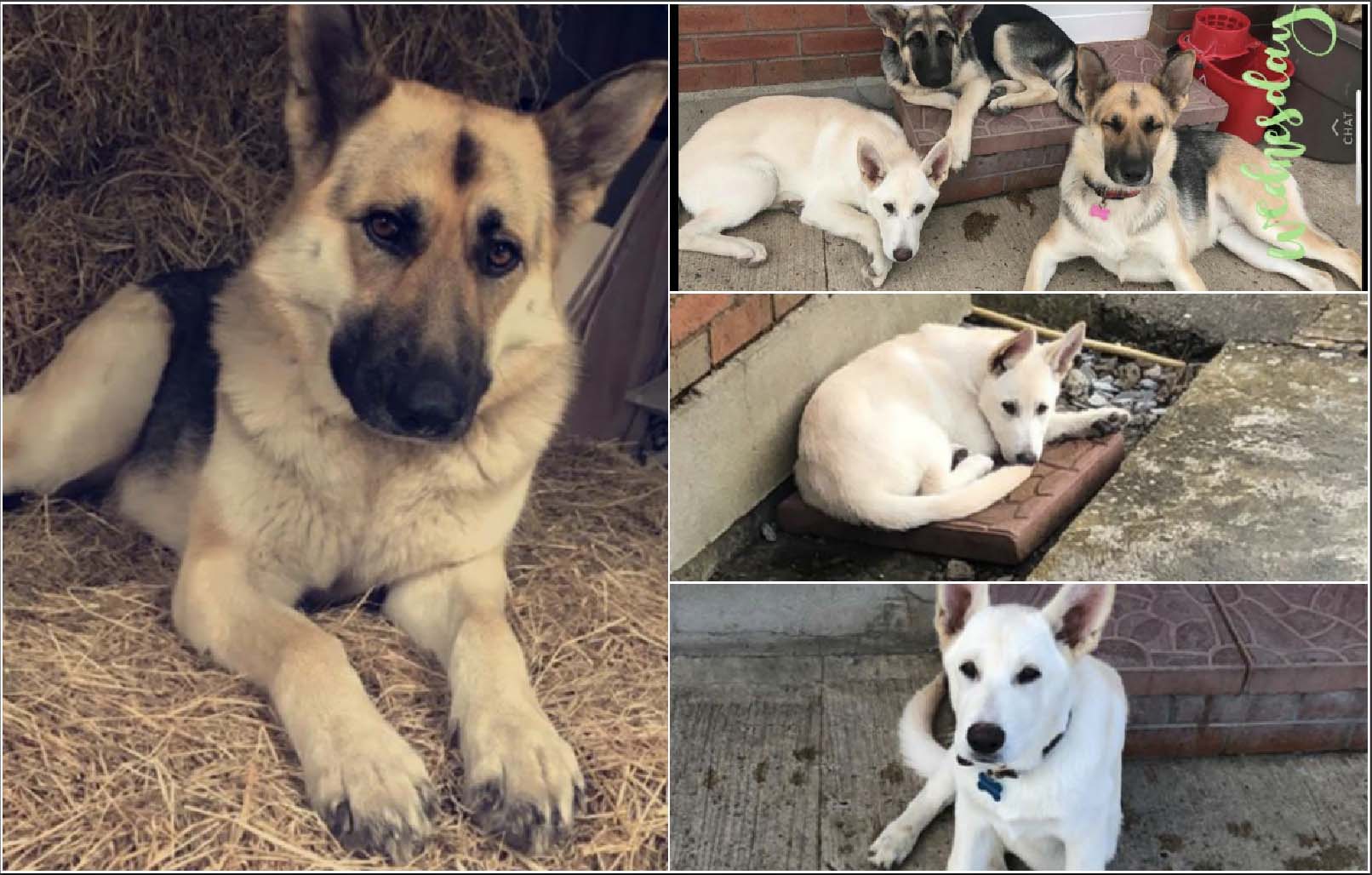 The owner of three German Shepherd dogs – including two young pups – which were stolen earlier this morning (Monday) is tonight over the moon they have been returned.

Phillip Ward had earlier made a desperate appeal for help on Armagh I after CCTV images captured two heavy-set men snatch the pups and their mother from a garden close to the south Armagh border around 10am.

The dogs were at Phillip’s parents’ house as he holidayed in Cyprus – a getaway that very soon turned sour on news of his beloved canines’ disappearance.

However, for the second time in the space of a week, desperate owners are once again delighted following another fantastic response to our story on social media.

Speaking to Armagh I again this evening, Phillip said he is so grateful to our readers for their fantastic support.

“The men who stole them mustn’t have realised they were on CCTV so they were dumped from a van four miles from home.”

He added: “A kind lady rang to say she saw the men dump the dogs from the van just outside her house this evening. They obviously realised it was so public, and as such that they needed to get rid of them. They were dumped down a back road with no CCTV.

“And my smart dog knew her way home so I can’t thank everyone enough!”