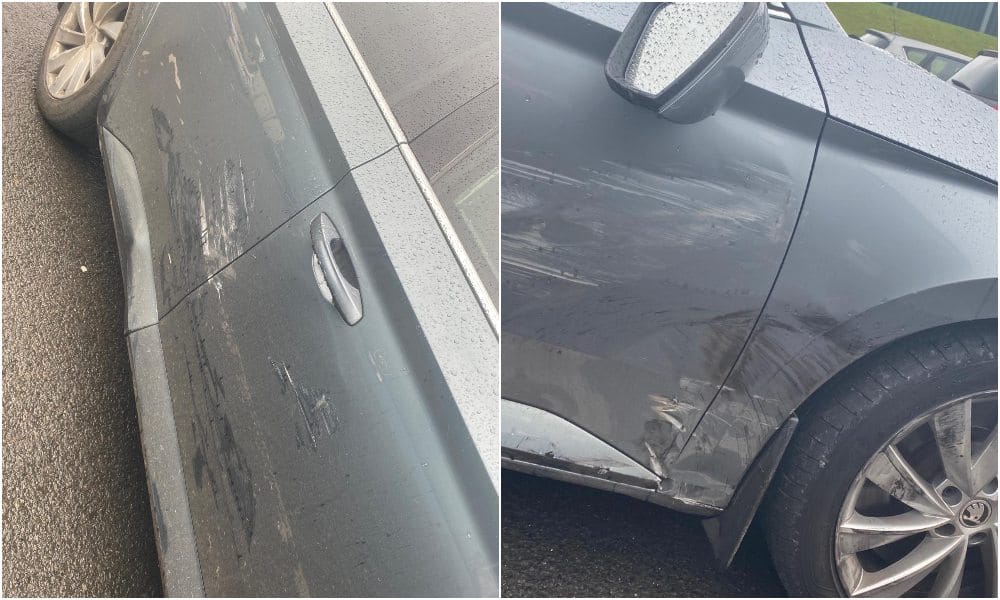 Four police officers have been injured in an incident in Jonesborough in south Armagh last night (Monday).

At around 11:45pm, police on patrol on Finnegans Road were alerted to the manner in which a silver-coloured Ford Transit van was being driven.

The driver of the van subsequently rammed the police vehicle, forcing it off the road. Two officers sustained minor injuries.

As the van continued on, officers in another police vehicle on Finnegans Road, made an attempt to stop it.

However, the van collided with the police vehicle, lifting it off the ground, and a further two police officers were injured.

The driver, a 31-year-old man, was arrested on suspicion of several offences, including handling stolen goods, dangerous driving, failing to stop for police and driving without insurance. He remains in custody this morning.

District Commander of Newry, Mourne and Down, Superintendent Jane Humphries said: “Unfortunately, due to the nature of the injuries sustained by our officers, they have been unable to return to duty today.

“We have also had to take two police vehicles off the road so they can be examined for road worthiness, which affects our service delivery.

“There is also the impact in terms of our officers and their welfare, as well as the cost of repairs to the vehicles, which is substantial.”

Anyone who witnessed this incident, or who captured footage, is asked to contact police on 101, quoting reference CW 2343 17/08/20

You can also submit a report online using our non-emergency reporting form via http://www.psni.police.uk/makeareport/

Newry & Armagh DUP Assemblyman William Irwin MLA commented: “This represents a shocking attack on PSNI officers in the Jonesborough area and I want to wish all those officers injured as a result of this incident a speedy recovery.

“It is unacceptable that Police officers going about their legal duties have had their vehicles rammed and it clearly shows an intent to cause harm to the officers.

“I trust that those behind this incident will face the full rigour of the law.”