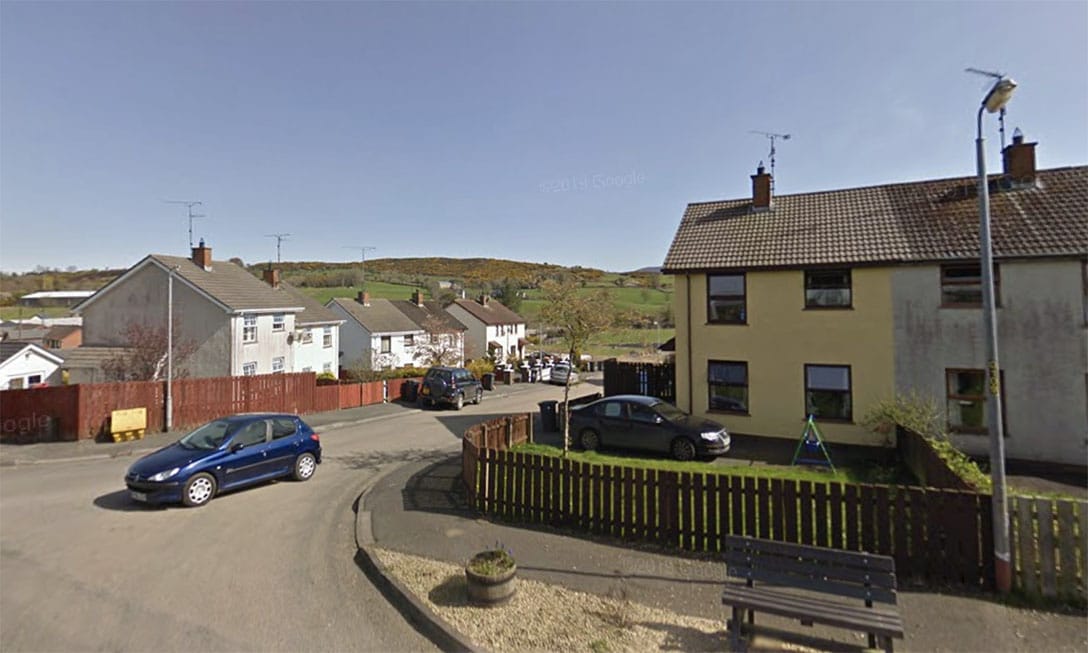 A family escaped injury but was left badly shaken following a suspected arson attack on a house in south Armagh on Saturday evening.

The incident took place in the Moylinn Close area of Silverbridge.

The occupants, who included children, made their way to safety by the back door and although there were no injuries, they were left badly shaken.

A 28-year-old man was arrested.

Shortly before 6:45pm, it was reported that a number of persons were in the area.

It was also reported that a black Hyundai Santa Fe vehicle was found damaged.

The man, who was arrested on suspicion of arson has been released on police bail pending further enquiries.

Enquiries are continuing to establish the circumstances surrounding the incident and police are investigating a potential link between this incident and a report of arson which occurred at the Moylinn Close area of Silverbridge on Monday, June 7.

At around 3:30am, it was reported that an Audi Q7 parked in the area was set alight.

Damage was caused to a number of windows of a nearby property, with smoke entering the premises and causing damage. One woman was treated for smoke inhalation following the incident.

A short time later at 4:20am on Monday, June 7, police received a report of a red Kia Cee’d that was on fire on the Monog Road in Crossmaglen. Northern Ireland Fire & Rescue Service attended and the interior of the vehicle was completely destroyed.

Police would appeal to anyone with any information in relation to these incidents, to contact them on 101 quoting reference number 1779 05/06/21.

A report can also be made online using the non-emergency reporting form via http://www.psni.police.uk/makeareport/

You can also contact Crimestoppers anonymously on 0800 555 111 or online at http://crimestoppers-uk.org/ .

Sinn Féin councillors for the Slieve Gullion area, Oonagh Magennis and Barra ÓMuirí, condemned what they described as “a series of criminal attacks and arson” in the Moylinn Close area.

They said the incidents had caused fear and anger within the community.

Councillor Magennis said: “Residents are determined that the scourge of such criminal acts will be brought to an end. They will not be intimidated.”

Councillor ÓMuirí said it was fortunate no one had been injured or killed.

The people of south Armagh need to be reassured that the police are actively working with people on the ground to put an end to violent criminal activity,” he said.

“I would appeal to anyone with information on these incidents to make it known immediately.”