‘Disgust’ as close to 1,000 tyres dumped across south Armagh over recent days

'We need the help of public to put an end to this. We don't intend to be a dumping ground for anyone's waste' 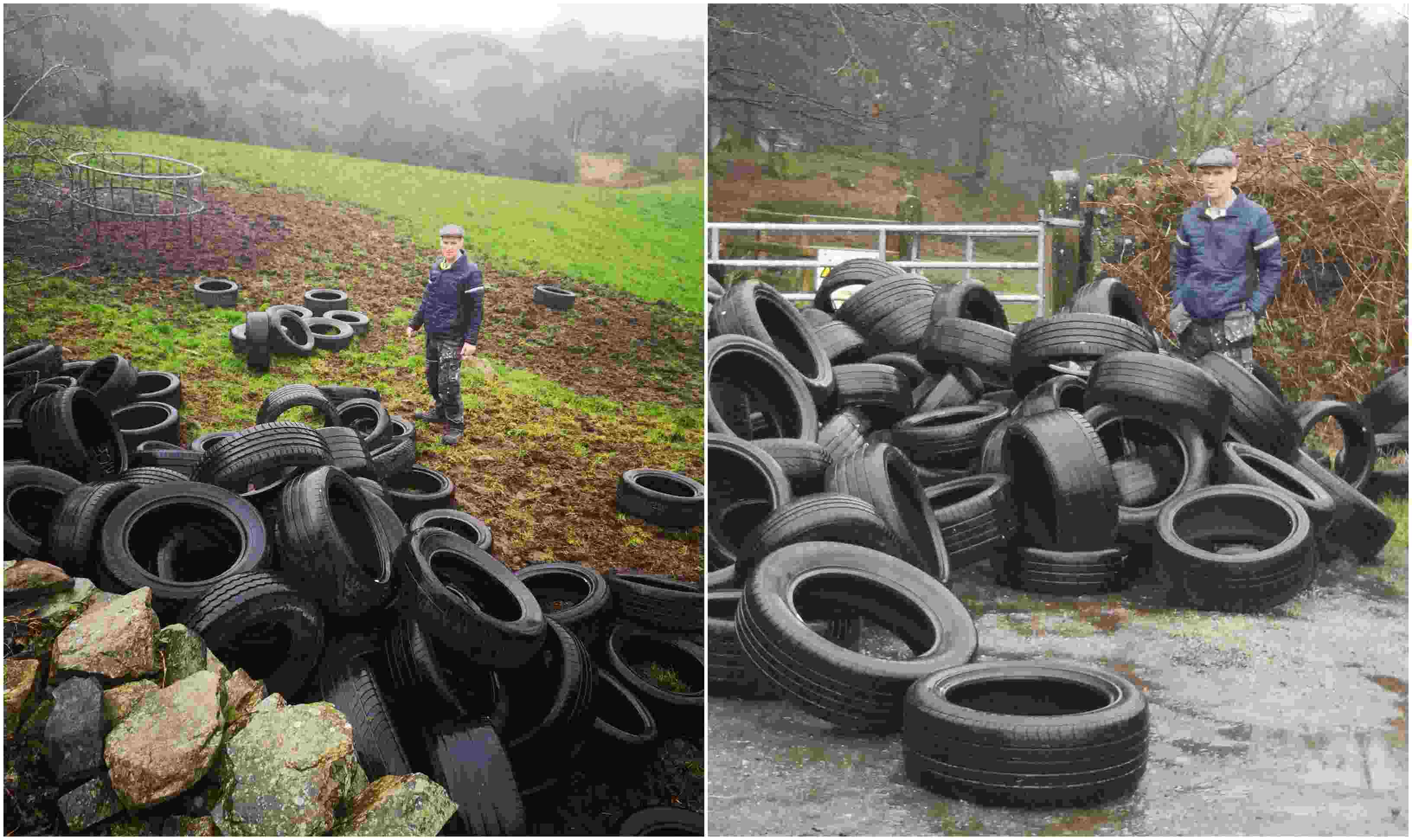 Illegal dumpers discarded close to 1,000 tyres across a number of locations in south Armagh over recent days.

And the incident, which happened on one evening, has prompted fresh calls for a suitable system to trace those responsible.

Those engaged in the illegal dumping of materials, including tyres, need to be identified and face the full rigours of the law, according to one local councillor.

The tyres were dumped on Friday night or during the early hours of Saturday morning.

Sinn Fein’s Terry Hearty said he was ” totally and utterly disgusted” by the incidents.

He explained: “We have had over 100 tyres dumped at the entrance of the lawns on Liscalgot Road. The entrance is used regularly by walkers. It’s a scenic place and a tourist attraction. This morning the entrance is totally blocked.

“On Cregganbane Road we had 200 tyres dumped in a farmer’s entrance which blocked the farmer from feeding his livestock.

“Further up the Cregganbane Road was up on 300 tyres dumped out and completely blocking the road.”

Councillor Hearty said that those involved cared nothing about the local community or the environment.

“Those involves in this criminal activity have absolutely no respect for our community or for our environment. There is so much being done in the area to promote tourism and then despicable acts like this does so much harm,” he said.

“I am  asking anyone who has cameras outside their house to see if they can get any sighting of the vehicle involved in this dumping.

“We believe it to be a small Isuzu tipper lorry with a white cab and a blue body. There were also sightings of a transit van being involved.

“We need the help of the public to put an end to this. We don’t intend to be a dumping ground for anyone’s waste.

“On Thursday night we had a lorry load of mattresses dumped out just off Concession Road, an area known as the Casacam Road, completely blocking it.”

The councillor said the weekend’s incidents followed the previous Saturday when Drumbee Road was blighted with tyres tipped out into a farmer’s field.

Mr Hearty said more must be done in relation to the processing of tracing tyre ownership and the responsibility of all to dispose of the tyres legally.

“It’s difficult to understand why there is no traceability of where these tyres are coming from,” he said.

“I share the anger and frustratation of all about these acts of environmental vandalism and again I am asking the community to check all CCTV they have at their house, or  anyone that happened upon a lorry or a van on any of our by-roads to get numbers and details. Working together we can put an end to this.”