The appointed firm has worked on other top attractions including Titanic Belfast, The Gobbins, and the education and heritage centre at Windsor Park Stadium. 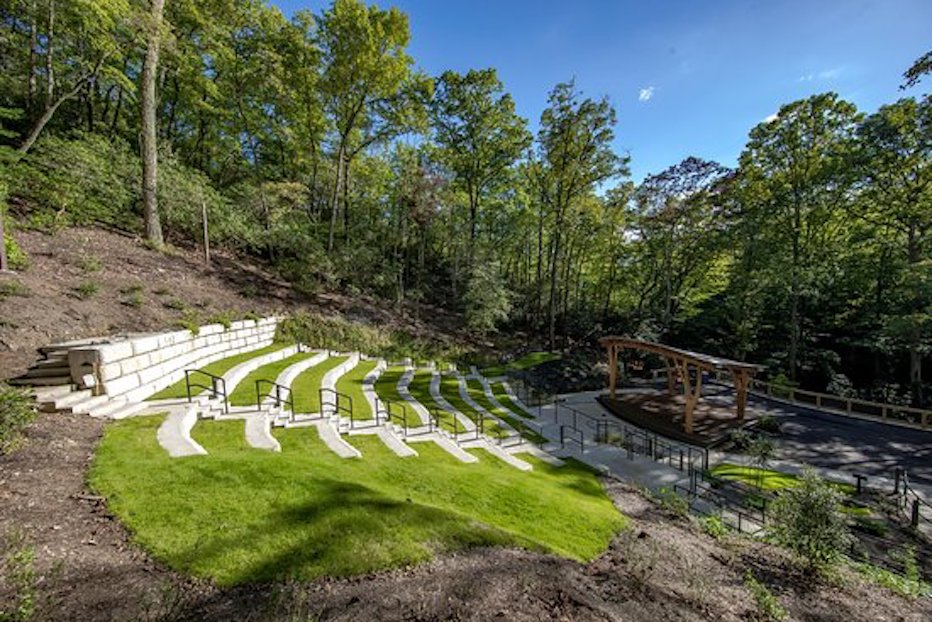 An exciting new visitor experience in the stunning heart of south Armagh is about to become a reality with plans for a new outdoor amphitheatre having taken a huge step forward.

The development – based within Slieve Gullion Forest Park – was first mooted in the summer of last year.

An application was submitted at that time by Newry, Mourne and Down District Council.

And now a Holywood-based firm has been appointed to oversee the design and construction.

The amphitheatre will be used to host public entertainment events such as musical performances, drama productions and film screenings.

The precise location is understood to be within the walled garden at the forest park.

The hope is to provide what is described as an “outdoor events space” in the form of an amphitheatre, with a new wall to the back of the space to a height of three-and-a-half metres. This would form a backdrop to the stage.

It would also involve the inclusion of a removable cinema screen which can be mounted against the wall.

There would be seating provided for intended audiences, as well as a ramp and paving.

And at the heart of the plans will be the stage area from which shows and entertainment productions can be performed. Seating would be provided in tiers with timber edge and finished in artificial grass.

Wheelchair access would be provided to the stage and front row with handrails featuring too.

As Armagh I reported last year, the development would be seen as a major addition to what is one of the area most scenic locations and would be expected to provide a significant tourism boost to the area.

With planning approval granted, the scheme went out to tender and the successful applicant has now been notified.

The contract for the work on the ‘Slieve Gullion Forest Park Visitor Experience’ has been awarded to Tandem Partners Ltd.

The firm, based in Holywood, has vast experienced in the field and has worked on other leading attractions including Titanic Belfast, The Gobbins, The Seamus Heaney Home Place, The GuildHall in Derry, No 5 Vicars Hill, St Patrick’s Cathedral in Dublin and the hugely popular education and heritage centre within Windsor Park Stadium.