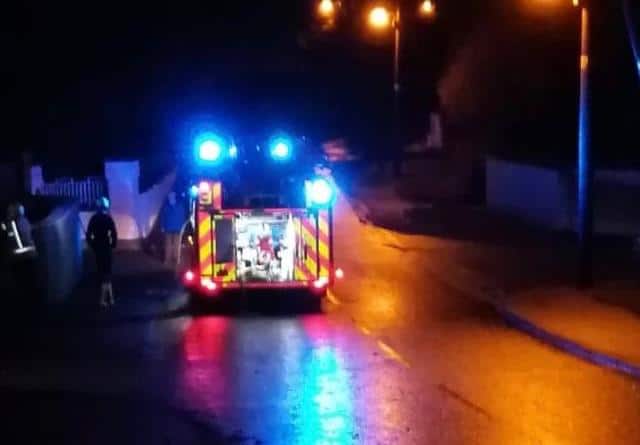 Four lorries were deliberately set alight in south Armagh in the early hours of Thursday morning.

The incident, which occurred on the Drumalt Road has left the local Dorsey community “stunned and annoyed”.

Emergency services were tasked to the scene shortly after midnight.

“The incident was dealt with by 1.30am and the cause of the fire is believed to be deliberate ignition.”

The lorries were gutted and the window of a nearby mobile home was smashed prompting a police investigation.

Sinn Féin Councillor Barra Ó Muirí has said that reports of an arson attack near Dorsey has “frightened and angered the community”.

speaking to Armagh I, Councillor Ó Muirí, said the overwhelming feeling this morning was one of shock and annoyance.

He added: “This is a friendly hardworking community and this incident has angered and frightened many.

“The Police are currently investigation the incident and anyone with information regarding it should contact them.”