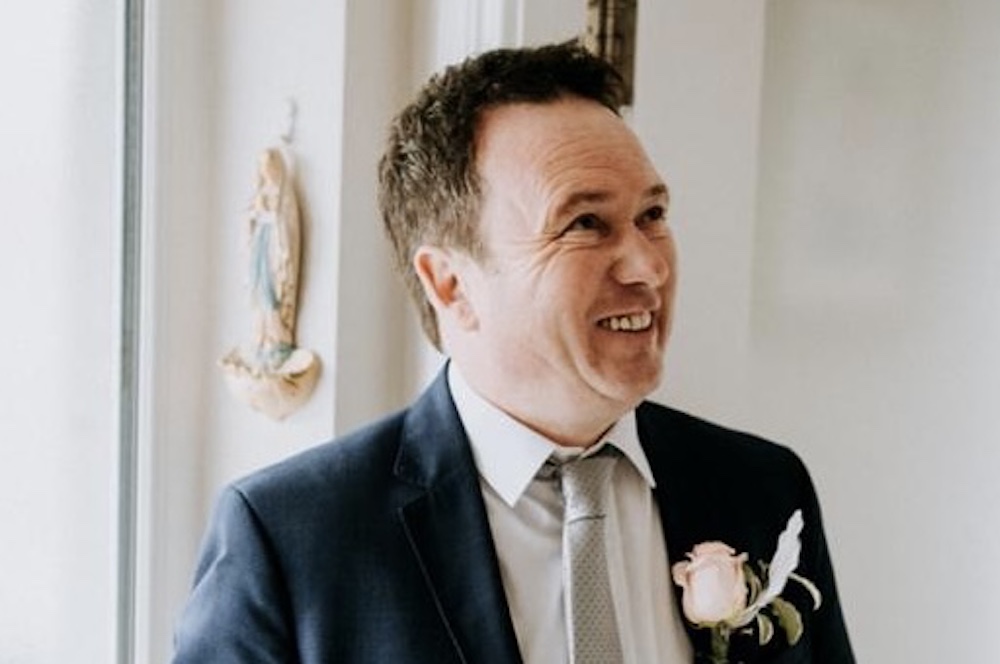 The devoted father of a County Armagh woman, who suffered life-changing injuries after being brutally attacked with a baseball bat during a mugging in Chicago more than 10 years ago, has been remembered as “the best dad ever” as he was laid to rest earlier today (Thursday).

His death shocked a south Armagh community where he was well-known and widely respected.

He was a devoted father, none more so than to his daughter Natasha, by whose side he had stood ever since that horrific day Stateside, on April 23, 2010, when the then 26-year-old, a student at the University of Illinois in Chicago, was attacked.

She and her friend, Stacy Jurich, were set upon, beaten and robbed in the Bucktown neighbourhood. Their attacker, Heriberto Viramontes, was later jailed, in May 2014, for 90 years, while a co-accused, Marcy Cruz was sentenced to 22 years for attempted murder.

Fr Dermot Maloney addressed a small congregation of family members, in line with current restrictions, as well as online viewers, during Liam McShane’s Requiem Mass at the Church of St Brigid, Glassdrummond, this morning.

And he told all those listening just how Liam had helped encourage his daughter Natasha through her recovery.

“All of us got a shock last Sunday morning when we heard about Liam’s sudden and untimely death. It was particularly difficult for everyone in Liam’s family circle to take,” he said. “He was a young man, only aged 56. He could have had or should have had many more years to live.

Fr Maloney said that it was thought that Liam passed away some time in the early hours of Boxing Day (St Stephen’s Day).

“Liam and his family had just gathered a few hours before on Christmas Eve and Christmas Day; it was a lovely day as Liam had all of those he loved around him,” he continued.

“His family have many memories of him too over the Christmas season. Liam took time to see his children and grandchildren, sharing in the excitement of the gifts brought by Santa, along with the other presents given and received.”

Fr Maloney told how on Christmas Eve, Liam put wreaths on the graves of friends, family and neighbours, a ritual which he carried out every year.

“Liam had great respect for the dead,” said the celebrant. “He attended a number of wakes and funerals down through the years and the large crowd this morning outside the church is testimony to that.”

He added: “The most important thing we can say about Liam is he was a loving father and a loving grandfather. As one of his children said: ‘He was the best dad ever’.”

Fr Maloney continued: “He was a thoughtful man and that quality shone through early on as he was the eldest in a family of 12 children and Liam looked out for his younger brothers and sisters and he remembered his sister Jennifer who died in infancy

“But it shone through in a very heartfelt way as Liam devoted his life to Natasha after her attack in America, giving her support and encouragement all the way in her recovery.”

Fr Maloney spoke of how Liam was “always willing to give a helping hand” and was a “simple man” at heart with his love of “a cup of tea, biscuits, chips, coffee and visiting friends and family”.

He also said Liam was a “very wise man”, who had a keen interest in Irish history and culture, however, his passion in life was farming.

“He loved working the land, especially in the summer,” he explained, adding that this was something he shared with his children and grandchildren as they grew up.

“In his work, especially on the land, Liam was focused and always had a plan for the day. He had the whole year planned out and he was a very hard worker.”

Despite this, Liam always had time for people and was never in a rush, providing advice and encouragement.

“He was a very charismatic person who could mix with any group of people….I understand he had a good business head on him and as they say ‘he was a bit of a Del Boy’,” said Fr Maloney.

“A wheeler dealer from an early age, he was a good provider for his family and a good saver. He was very witty and he enjoyed the craic.”

Liam was devoted to the church and was regularly in attendance, in particular the Novena, which he missed for the first year in 2020 due to Covid.

Liam was the beloved son of Bernadette and Joe McShane (Ballsmill), husband of Sheila and loving father of Natasha, Joseph, Karla, Conor and Caitlin. He was also a cherished grandfather of Hannah, Eoghan, Aimee, Arabelle, Oscar, Tommy, Mollie, Romeo and Paris, and father-in-law of Michael and Sharon.

To the entire family circle we offer our heartfelt condolences at this time. May he rest in Peace.