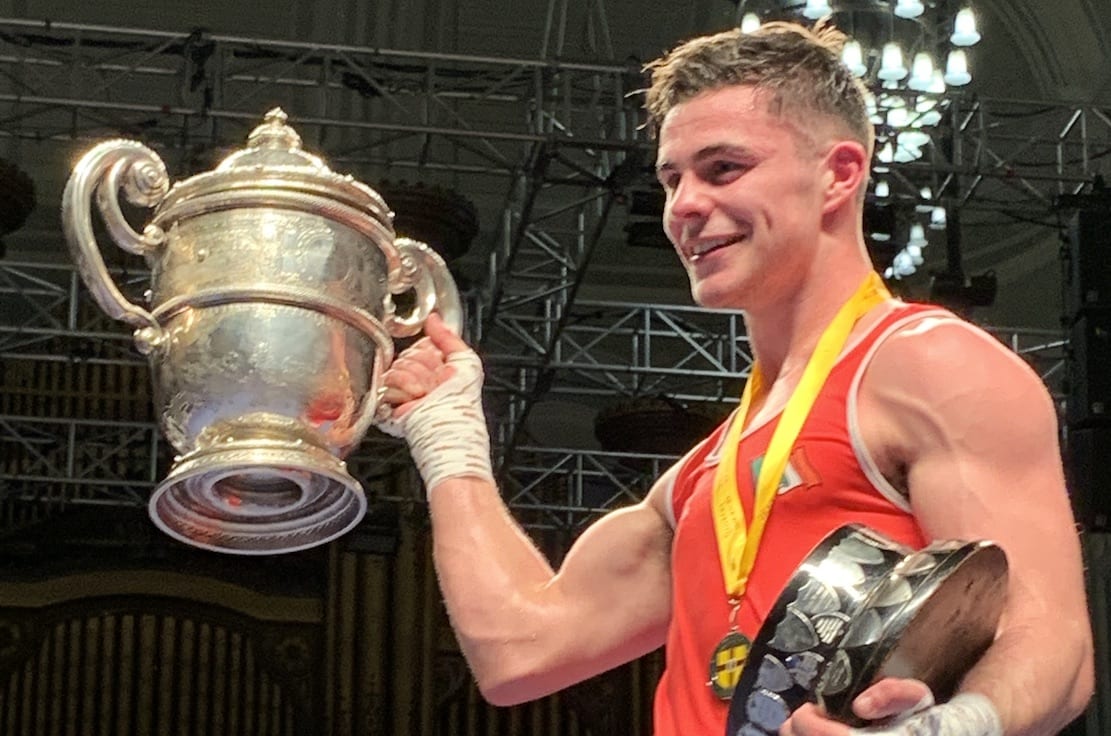 A Co Armagh boxer has retained his Ulster title with victory in the Elite Championships in Belfast on Tuesday night.

Mullaghbawn pugilist Eugene McKeever lifted the 69kg (welterweight) title for a second year in a row with a 4-1 decision over the highly-rated Matthew McCole of the Illies Golden Glove club.

The Holy Family Drogheda boxer claimed knockout of the tournament in last year’s final but was equally impressive in his deciding bout this around – relying on his ever-improving boxing IQ.

The back-to-back titles is a massive achievement for McKeever who continues his ascent up the amateur ladder, having already represented Ireland across the world.

Victories at the International Montina Cup in Paris, The Harringay Box Cup in London and The Smithfield Box Fest in Dublin over the past 12 months have helped bulked out an already impressive boxing CV.

The 22-year-old has once again put himself front and centre to represent both Ulster and Ireland at international level in the coming 12 months.

This humble south Armagh man works tirelessly, and with complete commitment, putting in the hours day after day in the gym and traveling to Drogheda to train with the Holy Family club under the expert stewardship of Damien McKenna.

Next stop, the All-Ireland series.