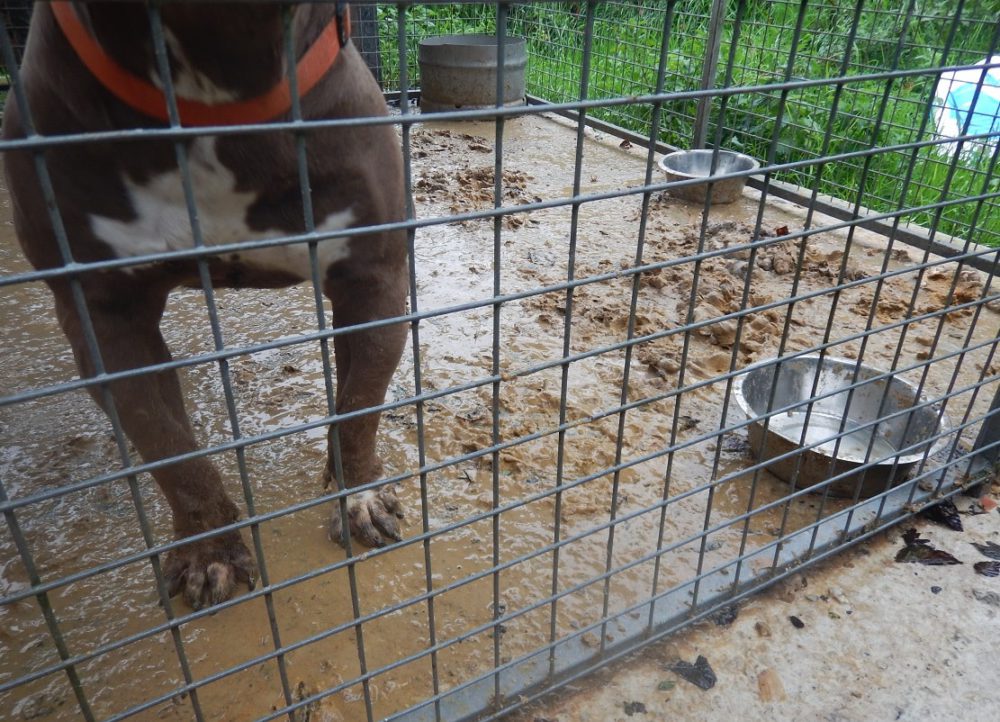 A south Armagh man who caused unnecessary suffering to seven dogs has been disqualified from keeping animals for five years.

Jamie Gallogly, Main Street, Belleeks, was found guilty of the animal welfare offence at a hearing in Newry Magistrates’ Court on Monday.

The court was told that an animal welfare officer who visited a property at Cortamlet Road, Newtownhamilton found the dogs living in an “extremely unhygienic” environment.

Outside pens were covered in faecal matter and urine with no clean or dry bedding and no fresh food or water available.

The inside of the property was also heavily contaminated with dog faeces and urine resulting in a strong, heavy smell of urine throughout.

The officer said the chewing of doors and furniture indicated signs of the animals’ prolonged stress and presented ingestion hazards.

A vet assessed the environment and determined the dogs were suffering and they were removed from the property by the animal welfare officers.

The case was brought by Newry, Mourne and Down District Council after its animal welfare department received a complaint concerning the welfare of dogs at Cortamlet Road.

The court was also told Mr Gallogly had been the subject of previous animal welfare investigations and repeatedly failed to provide and maintain a clean and safe environment for the animals.

As well as the disqualification order, the judge ordered Mr Gallogly to pay a fine of £350 and costs totalling £7,072.

A spokesperson for Newry, Mourne and Down District Council said: “Cases of cruelty and neglect can be reported to our animal welfare team who will use enforcement powers to fully investigate all cases and take formal action, which may include the issuing of improvement notices, and in the most serious of cases, removing animals and prosecuting offenders.”

The animal welfare team can be contacted on 028 3751 5800 or by email at animalwelfare@armaghbanbridgecraigavon.gov.uk.