'After being dumped a few tyres had been set alight, thankfully not taking hold, as they were dumped very near houses' 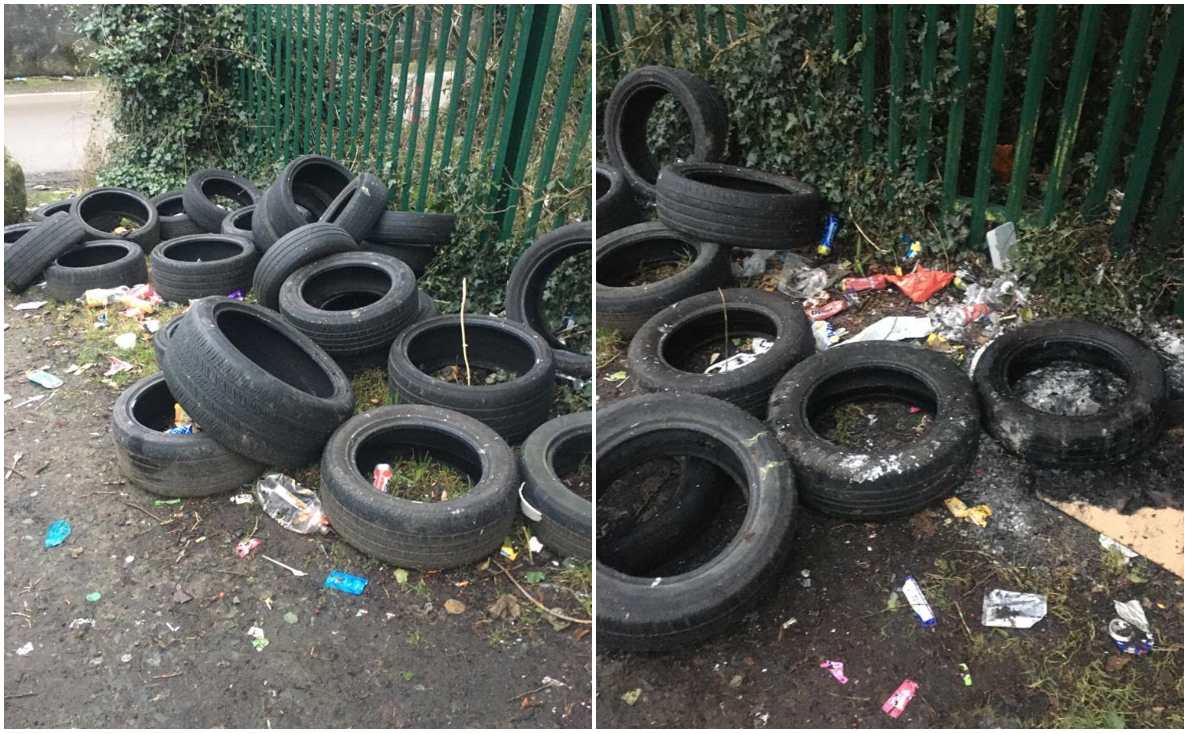 Those who dumped tyres in a residential area in a south Armagh village cared nothing about the community or the annoyance their actions caused, according to one irate local representative.

The incident – at St Oliver Plunkett Park in Camlough – was reported to Newry, Mourne and Down District Council.

And Sinn Fein Councillor Oonagh Magennis who contacted the officials, asking the tyres be moved “as a matter of urgency”, rounded on those responsible.

“This is in total disregard to the residents who live here and is a disgusting act,” she fumed.

“There are places where these tyres can be disposed of legally and in accordance with environmental practice.

“After being dumped a few tyres had been set alight, thankfully not taking hold, as they were dumped very near houses.

“I have contacted the council and asked them to remove this eyesore as a matter of urgency.

“This is not only an environmental crime but also an act of total selfishness against the St Oliver Plunkett Park community.”