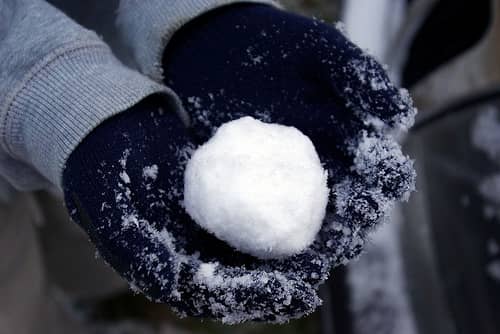 SDLP Councillor Thomas O’Hanlon has condemned those responsible for snowball attacks in Keady which, he says, put motorists’ lives in jeopardy.

He said: “On Sunday night and during much of the day today (Monday) I took many calls and messages about snowballing in Keady, from young and old alike, all raising concerns about snowballing antics at the town’s Monument and at the graveyard.

“I too got my car hit with a snowball on my way through town on Sunday night.  Snowballs have their place and no-one wants to stop young people having fun, but some people need to get a serious grip of themselves.”

Councillor O’Hanlon said he had been contacted by someone who was badly hurt and had to have medical treatment in hospital after one snowballing incident.

He went on: “I have had motorists contact me because they nearly crashed their car full of children because some idiot thought it would be great craic to throw snowballs over the graveyard wall.  All it takes is someone to lose control of their car because someone has lobbed a snowball at their car window – the consequences of these actions don’t bear thinking of.

“I know many have already contacted the police and I have also made contact with our schools, asking them to get the message through that snowballing can be fun but it can be dangerous too. If these antics don’t stop, someone will get killed or more people will get seriously hurt.

“Just last week we had a group of young people from Keady Youth Forum make a presentation to the council about the dangers on our roads.  They were responsible young men and women and were applauded by representatives of all parties on the council.

“What a contrast to those throwing snowballs! Those snowballing may think it’s fun, and in the right place they are, but not throwing them at motorists or pedestrians walking home on a wet, wintry night.”