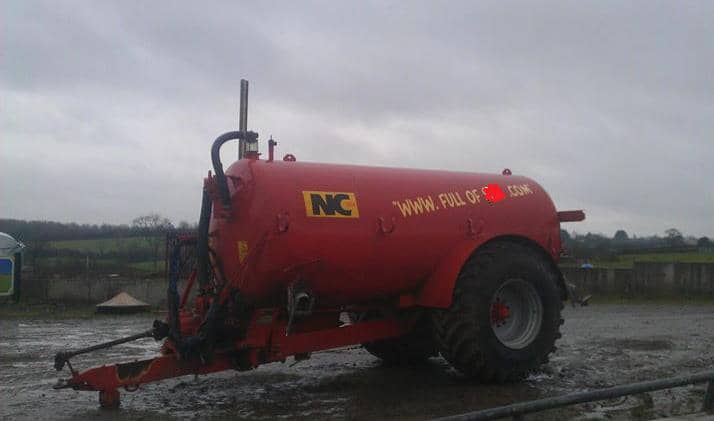 Police in Armagh are appealing for information following the theft of a slurry tanker. The red slurry tanker, with a slogan in yellow on the side, was taken from premises on Ballybreagh Road, Aghorey, around 10.15pm on Wednesday, 9 July.

It is believed the tanker was being pulled by a New Holland Tractor with two men on board. A grey Toyota Landcruiser was also observed in the area around the time of the theft.

Police are appealing to anyone who has information in relation to the theft or whereabouts of the tanker to contact them in Armagh on the 101 non-emergency number, quoting ref: 445090714.