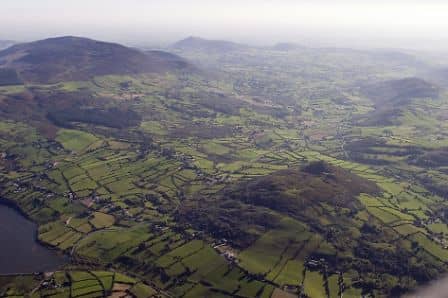 The future development of Slieve Gullion has huge potential for tourism, job creation and recreation and cannot be under-estimated.

That the was view of SF Cllr Mickey Larkin after attending the most recent meeting between Newry and Mourne District Council and Forestry Service in relation plans for the area.

“The partnership between the Forestry Service and Newry and Mourne District Council has the ability to drive this project forward,” he said.

“Together we can create a mecca for recreational tourism in South Armagh.”

He added: “Slieve Gullion is the jewel in the crown of South Armagh. The potential for tourism, employment creation and recreation cannot be under-estimated, such is the beauty of the site and landscape.

“There are numerous obstacles to overcome in relation to this scheme, including access to the site. However, I believe that with the will expressed at this recent meeting, we will be able to overcome all difficulties.”