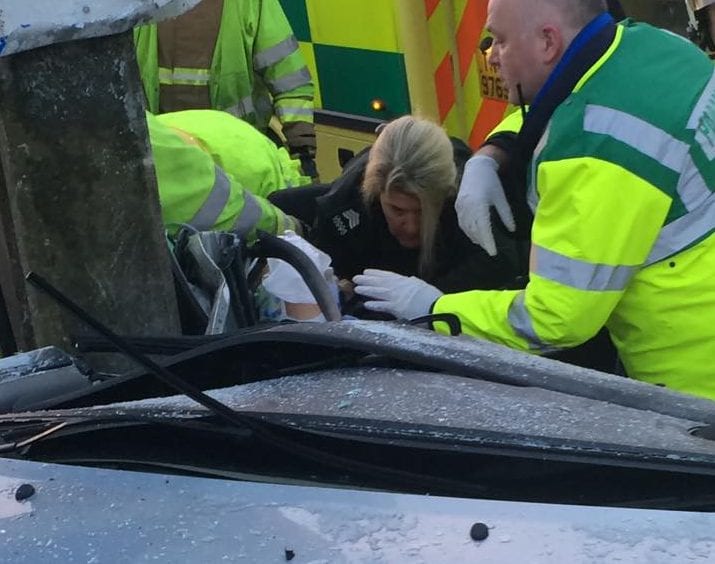 Earlier this year a study from the previous two years highlighted the facts that almost 80% of those killed on Northern Ireland roads here in the North were male and almost 25% were young men aged between 17 and 24.

The figures also showed alcohol and speed were the biggest cause of crashes.

MLA Cathal Boylan has appealed to both drivers and pedestrians to take extra care on the roads over the Christmas period.

“Too many of our families have lost and continue to lose loved ones due to road traffic incidents on the roads,” he said.

“So far this year in Ireland 245 people, 66 from the North have died, human beings, sons, daughters, mothers, fathers, husbands, wives, brothers and sisters.

“Behind each and every one of these statistics is a human tragedy, and devastation for those left behind as they try to come to terms in some way with the loss of a loved one”.

Mr Boylan echoed the appeals of those involved at the front line, those from the emergency services.

“The Police and other key emergency services have appealed for drivers to slow down, not to drive after drinking or taking drugs, wear a seatbelt, drive with greater care and attention and don’t use mobile phones while driving.

“Pedestrians should have appropriate high visibility clothing if out on roads in the dark.

“Many of us will have the memories of those we have lost due to traffic accidents in our hearts at this Christmas time in particular. We do not want other families and communities to have to go through that pain”