Sewer works about to start at Barrack Street and Newry Road 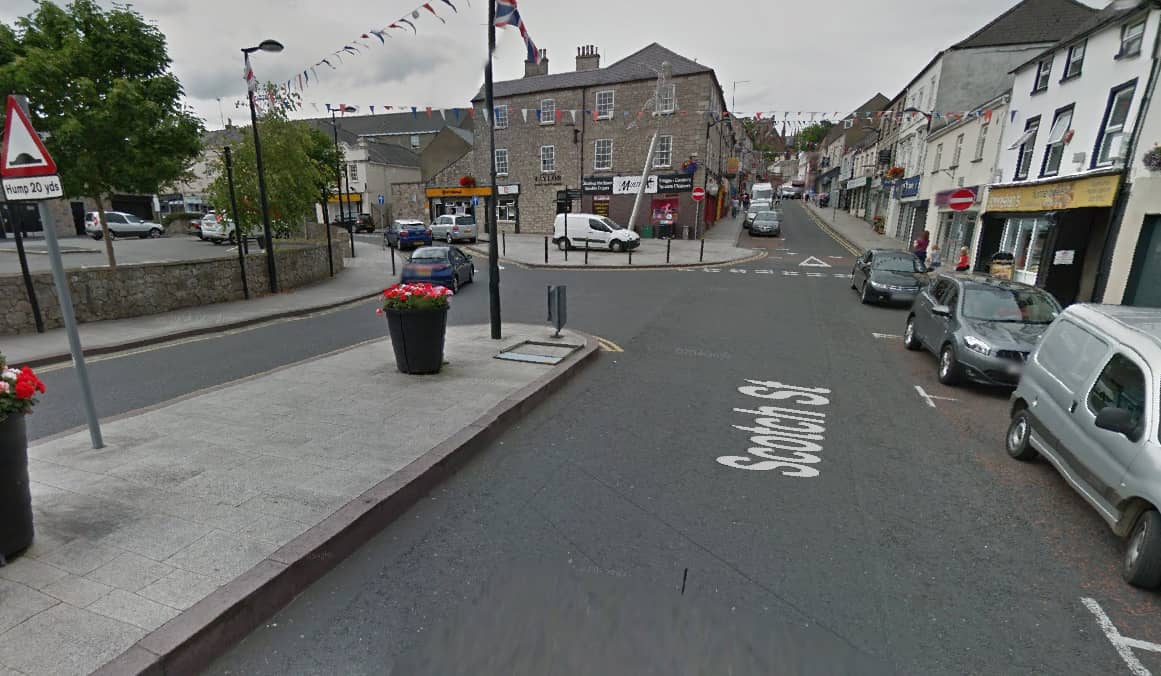 Construction work for the ongoing £3 million sewer-laying project across Armagh is due to begin in Barrack Street and Newry Road before the end of this month.

And NI Water has ruled out overnight working out of consideration for residents.

But local businesses have previously voiced concerns over the plans and the effects which they will have on trade, particularly as Armagh prepares for what should be the summer tourist season.

Traders in Barrack Street had been previously been up-in-arms when Armagh I first exclusively revealed details of this scheme.

And we later were first to report plans by TransportNI for the roundabout at the bottom of Scotch Street and the new road layout which is currently under construction.

Now work on both are about to be concentrated in the one area and the potential is there for major disruption.

Indeed, as the sewer works prepare to move on to Barrack Street, road closures can be expected.

NI Water has written to local councillors to give them an update on the sewer improvement works, which, they say, is “currently progressing well on site”.

The work is not now earmarked for completion until late summer next year.

TransportNI said that a drainage area study of the city’s sewerage system has been carried out by NI Water and a number of key projects identified to improve the sewerage infrastructure, reduce the likelihood of out of sewer flooding and restrict storm discharges to the Callan, Dirty Water and Ballynahone Rivers at Scotch Street, the Mall, Alexander Road, Gillis Road, English Street, Newry Road and Loughgall Road.

This overall programme of work also includes the upgrade of the existing Newry Road Wastewater Pumping Station, in line with criteria set by the Northern Ireland Environment Agency (NIEA).

TransportNI, in its letter to councillor, states: “The work will not only meet NIEA requirements, but will also allow for future development within Armagh city for the next 30 years.

“Construction work is currently underway in private lands in the Loughgall Road area.

“Following this, the next stage will involve sewer laying in the Barrack Street/Newry Road area in advance of final road reinstatement of the ongoing Transport NI road realignment scheme.

“All roadworks are planned in consultation with Transport NI Traffic Branch, the PSNI and emergency services and will require lane closures.

“We recognise that the noise, vibration and general disruption associated with this type of construction has a greater impact on the local residential population.

“In order to provide local residents some respite from the construction work, night time working is not proposed unless exceptional circumstances arise on site.

“Construction work is due to commence late April 2015 and is expected to last three to four weeks.”

Work will start in May/June 2015 and all major construction work in this area is due to be completed in late 2015.

The fourth and final stage involves sewer laying in Railway Street and the Mall East.

Work is due to start in spring 2016 and is due to complete during the summer.

That all important Waterline number is 08457 440088 or check out www.waterline@niwater.com .